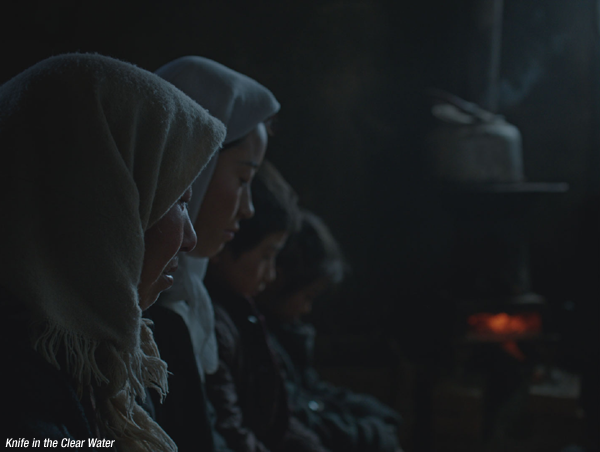 The 21st edition of the Busan International Film Festival took place this October. The festival showed 299 films this year, a similar figure to previous years.
The festival’s New Currents competition, a signature section which welcomes first or second works by Asian filmmakers, this year awarded both its prizes to Chinese films, WANG Xuebo’s Knife in the Clear Water and ZANG Qiwu’s The Donor. This year’s jury was headed by Malian director Souleymane Cisse and also reserved a special mention for Navid Mahmoudi's Parting from Afghanistan.
This year’s Actress and Actor of the Year awards, which were chosen by local performers KIM Eui-sung and CHO Min-soo, went to the leads of homegrown indie film Jane, actress LEE Min-ji and actor KOO Kyo-hwan.
Beyond these, the BIFF Mecenat Award for Best Documentary went to SUNG Seung-taek’s Neighborhood in the Korea category, while the Asian prize was scooped up by Sheron DAYOC’s The Crescent Rising from the Philippines.
Three shorts received recognition from the Sonje Awards. The Korean winner was KIM So-youn’s Viewer, the Asian victor was Off-Season from Kazakhstan’s Yelzat ESKENDIR and a special mention went to The Doomed Way from Chinese cineaste GUO Sanpi.
The KNN Award, an audience award for films in the New Currents section, went to the local title In Between Seasons by LEE Dong-eun, while the German feature Night of a 1,000 Hours from director Virgil Widrich received the Busan Bank Award, the audience award for the Flashforward section.
Any copying, republication or redistribution of KOFIC's content is prohibited without prior consent of KOFIC.
Related People Related Films Related Company Related News