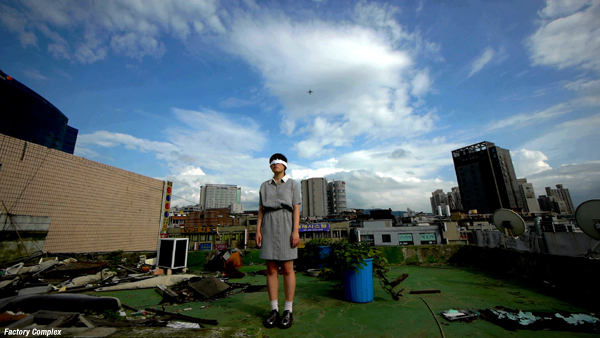 For the first time, the Centro Cultural Coreano of Madrid offered an Exhibition of Korean Documentary in collaboration with the Film Archive of the capital. The event took place over May 14th to 22nd.

In order for local citizens to gain a deeper appreciation of Korea and its culture, the showcase featured a quartet of Korean non-fiction works. The acclaimed lineup included Factory Complex (2015), With or Without You (2015), A Dream of Iron (2014) and Non Fiction Diary (2014).

IM Heung-soon’s Factory Complex, a work detailing the harsh lives of female laborers in Korea, following a debut at the Busan International Film Festival in 2014, earned the Silver Lion during the 56th International Art Exhibition of La Biennale di Venezia.

Winner of the CGV ARTHOUSE Award Distribution Support Prize at the Jeonju International Film Festival in 2015, PARK Hyuck-jee’s With or Without You chronicles the daily lives of an old woman living with the surrogate mother of her children, who has the mental age of a child.

Directed by Kelvin Kyung Kun PARK, A Dream of Iron debuted at the Berlin International Film Festival in 2014 and chronicles the rapid industrial advance of Korea through a collection of video montages shot at the Pohang Iron and Steel Company and the Hyundai Shipyard.

From JUNG Yoon-suk, Non Fiction Diary, a lyrical snapshot of some of the darker national events of Korea in the 1990s, was the Mecenat Award recipient at the Busan International Film Festival in 2014.