CHRONICLE OF A BLOOD MERCHANT Invited to Okinawa

Apr 22, 2016
Laugh and Peace Movie Festival to Screen TRUMPET OF THE CLIFF 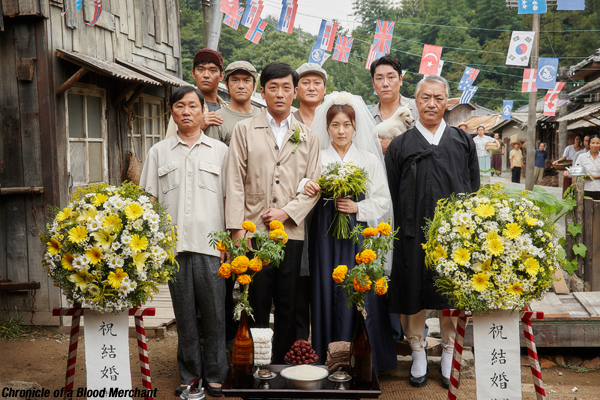 The 8th Okinawa International Movie Festival, also known as the Laugh & Peace Festival, kicked off on April 21st on the sunny southern Japanese island and is set to screen a pair of Korean films in their ‘Special Invitation’ section. Star HA Jung-woo will be onsite to present Chronicle of a Blood Merchant (2015), while the Korean-Japanese co-production Trumpet of the Cliff is also on the program.

Based on a novel by Chinese author YU Hua, with the setting switched to 1950s South Korea, Chronicle of a Blood Merchant is the second directorial outing for actor HA Jung-woo, following 2013’s Fasten Your Seatbelt. He stars in the film as a man trying to support his family after the Korean War by selling his own blood. Also in the film are HA Ji-won (Sector 7, 2011), CHO Jin-woong (A Hard Day, 2014), LEE Gyoung-young (26 Years, 2012) and a wealth of other well-known Korean faces. HA, who is in Okinawa for the festival, will next travel to Cannes to support his next starring role in PARK Chan-wook’s The Handmaiden, which is screening in competition.

HAN Sang-hee is also in town to present his new Korea-Japan collaboration Trumpet of the Cliff, following his previous co-production Virgin Snow (2007). The film stars L.Joe, a member of the K-pop band Teen Top, and was shot on Ishigaki Island. Trumpet of the Cliff chronicles a sad story between a woman receiving heart transplant surgery and a young trumpet player.