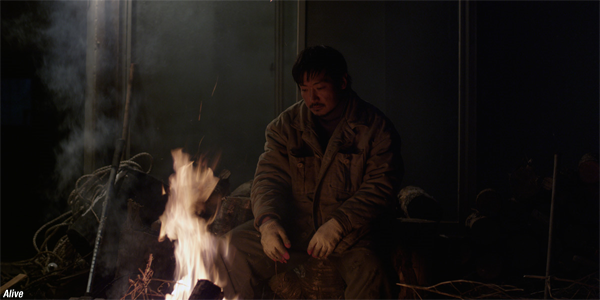 PARK Jung-bum’s austere drama Alive has triumphed at the Wildflower Film Awards Korea, where it picked up the Grand Prize at the event’s third edition, which took place on the slopes of Namsan in Central Seoul on Thursday, April 7th. The awards, which are run by film critics Darcy Paquet and OH Dong-jin, recognize achievement in independent Korean cinema.

One of 11 awards given out in ten categories, the Grand Prize was chosen among contenders for both the Best Narrative Director prize and the Best Documentary Director prize. Those awards were won by SHIN Su-won’s Madonna and E Il-ha’s A Crybaby Boxing Club, respectively.

The main acting awards at the Wildflowers went to actor JUNG Jae-young for HONG Sang-soo’s Right Now, Wrong Then, who has won the same award at the Locarno International Film Festival and the Asia Pacific Screen Awards, among other events, and Alice In Earnestland actress LEE Jung-hyun, who won the Best Actress award for the same part at the Blue Dragon Awards last year.

This year’s Wildflowers also gave out three special awards. The Jury gave an Honorable Mention to JANG Hee-sun’s My Fair Wedding, while a Special Achievement Award was given to director Yang Byoung-khan and actress GU Yun-hee for their film Scary House, and an Appreciation Award was accepted by JANG Sung-jin on behalf of the late documentary filmmaker LEE Seong-gyou (My Barefoot Friend, 2011), who passed away in 2013.