LEE Ju-seung and OH Ji-ho Get Ready for SHOWDOWN 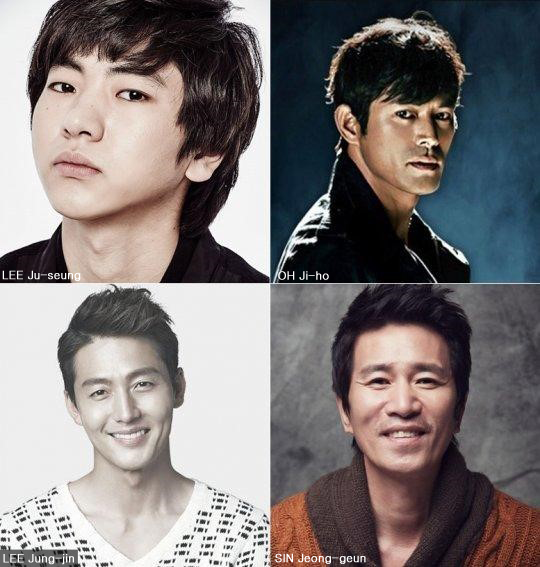 LEE Ju-seung and OH Ji-ho are teaming up for the new action-thriller Showdown. From director SHIN Dong-yeob, the film will co-star LEE Jung-jin and SIN Jeong-geun and is going before cameras this month for a planned release later this year.
LEE will play an unemployed youth who runs a chat forum that allows users to vent out their online grievances in outdoor fighting matches. In order to avenge someone, he begins to practice martial arts before getting in on the action himself. Meanwhile, OH will play a middle-aged, well-adjusted member of society who harbors an unchecked aggression who becomes a part of this world.
Though he has gained popularity in big TV dramas such as The Producers, this will mark LEE’s first leading role in a commercial feature. He previously appeared as a co-star in Broken (2014) but he is already well known to film fans for his bounty of indie cred. He has starred in acclaimed low-budget films such as Socialphobia (2015), Sabra (2014) and Shuttlecock (2014).
OH’s credits include Sector 7 (2011), The Grand Heist (2012) and last year’s indie Island. LEE Jung-jin was the lead in KIM Ki-duk’s Venice Golden Lion-winning Pieta (2012) and SIN Jeong-geun is a veteran supporting actor with umpteen film credits, ranging from Sympathy for Mr. Vengeance (2002) to The Pirates (2014).
Getting his start in 2004 with 100 Days With Mr. Arrogant, director SHIN Dong-yeob has been prolific of late, having made Wedding Scandal (2012), Days of Wrath (2013) and both The Outsider: Mean Streets and Untouchable Lawmen last year.
Any copying, republication or redistribution of KOFIC's content is prohibited without prior consent of KOFIC.
Related People Related Films