Nov 23, 2015
To Be Produced by HG Entertainment of MONKEY KING 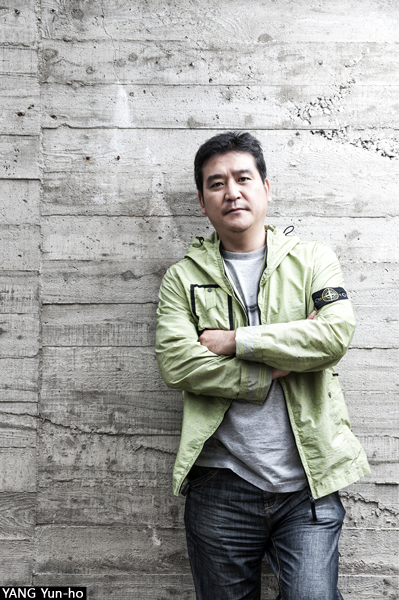 YANG Yun-ho of TV Series Iris has been appointed to direct Cross Boarder, co-produced by HG Entertainment, a Chinese investment and distribution company (CEO Harry Wang) and Korean K Dragon Production Co. (CEO KIM Hee-young). It is his first time to work in an international co-production.
Cross Boarder is an action road movie featuring a monozygotic twin brothers chased by Chinese gangsters and Korean police at the same time. It also involves a romance when a Korean police woman appears.
Since his debut Yuri (1996), YANG has been directing films in a wide range of genres including White Valentine (1999), Libera Me (2000), Fighter In The Wind (2004), Holiday (2006), and Rainbow Eyes (2007). In 2009, he began his TV career and made LEE Byung-hun geared Iris, earning great popularity across Asia and acknowledgement as an action genre director. Later on YANG directed Grand Prix (2010) depicting the horse riders’ love and life, and earned the Grand Prize in the shorts section in the 3rd edition of 3D Korea International Film Festival with Share the Vision (2011).
HG Entertainment, the Chinese producer of Cross Boarder is making news in Korean media. This company has entered entertainment industry with Warner Brothers in 2004, and now has 220 multiplexes (1,200 screens) across China. It has recently distributed Monkey King : Hero is Back by TIAN Xiaopeng and marked the biggest box office hit in Chinese animation history with 27.57 million viewers.
Cross Boarder is also the first film for HG Entertainment to plan and produce. Leo LIU, a top Chinese author is working on the script and one of the main investors is Beijing Dadi Century Limited, a multiplex runner which has 2,500 screens across China. All in all, it is likely to be the biggest wide release film in China among Korean-Chinese co-productions. Cross Boarder will begin production next January in Busan and Seoul, Korea.
Any copying, republication or redistribution of KOFIC's content is prohibited without prior consent of KOFIC.
Related People Related Films