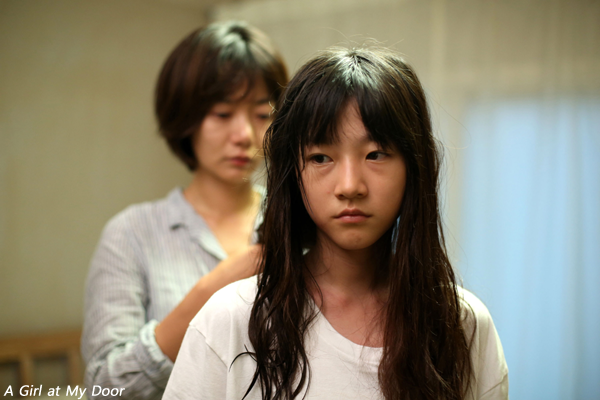 The Five Flavours Film Festival, Poland’s top event for East and Southeast Asian cinema, returns for its 9th edition this week and will present a pair of Korean films in its signature New Asian Cinema stream, while a pair of Korean genre titles also screened during a warm-up event last month in Warsaw.
Still popular with programmers and viewers following its bow in the Un Certain Regard section of the Cannes Film Festival last year, July JUNG’s critically-acclaimed debut drama A Girl at My Door is the only Korean film competing at Five Flavours Film Festival this year.
Starring fan favorite BAE Doo-na and up-and-coming star KIM Sae-ron, the drama, which was produced by brothers LEE Chang-dong (director of Poetry, 2010) and LEE Joon-dong under their shingle PINE HOUSE FILM, follows a disgraced police officer who is stationed in a coastal village where she befriends a teenager being abused by her father.
Receiving a special screening will be YOO Young-sun’s office-set chiller The Wicked, which debuted at the Jeonju International Film Festival last year, where it picked up the CGV Movie Collage Award.
Five Flavours Film Festival also hosts ‘Appetizers’ screenings throughout the year ahead of the November event and for Halloween they screened the webcomic-themed slasher Killer Toon and the indie zombie omnibus The Neighbor Zombie.
Five Flavours Film Festival kicks off on November 12th with a screening of a restored print of John Woo’s Hong Kong action classic A Better Tomorrow (1986) and closes on the 20th with SONO Sion’s Love and Peace (2015).