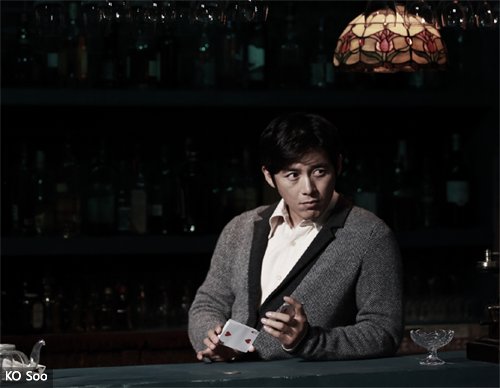 KIM Joo-hyuk and KO Soo will be in the same film for the first time, in a thriller The Tooth and the Nail (working title).
KIM Joo-hyuk and KO Soo are both recruited in The Tooth and the Nail, a thriller that started shooting on Oct 10th and to be distributed by Daou Tech Inc. and produced by the film company Da. The Tooth and the Nail is adapted from a Bill S. Ballinger’s detective story published in the US in 1955 and directed by JUNG Sik of Epitaph.
KO Soo plays Seok-jin who is after the truth hidden behind his fiancee's death during the time period right after the Korean emancipation. KIM plays mysterious Nam Do-jin, whose past is in the veil. KIM attempts to bring a big change to his film career with this role. KO Soo previously played in The Royal Taylor and also in Lucid Dream which will soon be released. KIM has just finished HONG Sang-soo's latest film and is waiting for Home Sweet Home to be released.
KO Soo, on the first shooting day, confessed: "I am full of expectations and I am ready to pay back the fans' love with a great performance." KIM was confident that the scenario was already very well written and hoping to come up with a very well made film.
The Tooth and the Nail also features well experienced actors including MOON Sung-keun and PARK Sung-woong. Moon plays the lawyer trying to hide the truth, and PARK plays the prosecutor SONG who is going after the truth. "It is a film based on a great original story," says PARK, "and I am glad that a good director and actors have gotten together, aiming towards a great outcome.“
Besides, for the mysterious woman who is also Seok-jin's fiancee, IM Hwa-yeong has been recruited. IM's filmography includes The Chosen: Forbidden Cave and Made in China, and a TV drama Yongpali and is also appointed for the next year's Signal. IM has been selected for this role through a fierce competition and announced that it was a great honor for her to play with the wonderful senior actors, and she would do her best not to let them down.
The Tooth and the Nail is to be released next year. The distributor Daou Tech Inc. also released The Chosen: Forbidden Cave last August.