MAN ON THE CHAIR Wins at Annecy Film Festival 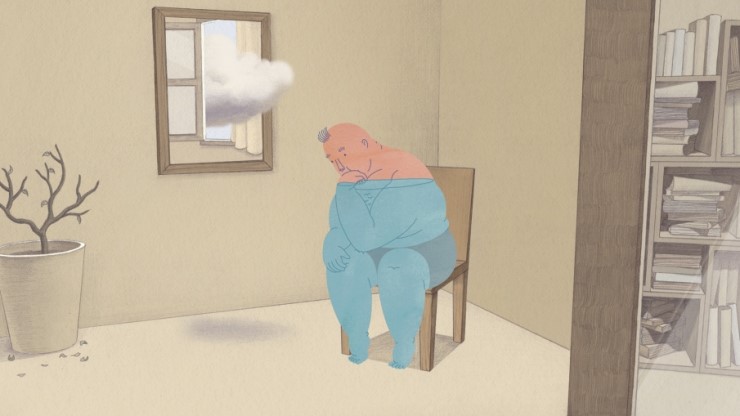 JEONG Dahee’s Man on the Chair which played at Cannes International Film Festival’s Directors’ Fortnight was also received well at the Annecy Film Festival in France where it was presented with the Cristal for a Short Film award.
In Man on the Chair, a man finds himself on a chair, where he is unable to rise from. The film questions one’s existence through beautiful imagery. JEONG who graduated from Hongik University, moved to France in 2008 to attend L'École nationale supérieure des Arts Décoratifs. Her graduation short The Hours of Tree (2012) went to a slew of international film festivals, winning the Grand Prize at the Indie-Aniefest in 2013.
The Annecy Film Festival which was held from June 9th to 14th was founded in 1960 and is supported by Association Internationale du Film d'Animation. It also runs the International Animation Film Market (Mifa), which is the animation industry's foremost showcase in terms of co-producing, purchasing, selling, financing and distributing animation content.
In previous years, SUNG Baek-yeop’s Oseam (2003) and LEE Sung-gang’s My Beautiful Girl, Mari (2002) has won in the feature film section. This year’s programmed Korean films on top of Man on the Chair included The Fake by YEON Sang-ho, Crack by AHN Yong-hae, and Myung Dan Young “Veiled" by JANG Yun-jung.
Any copying, republication or redistribution of KOFIC's content is prohibited without prior consent of KOFIC.
Related People Related Films