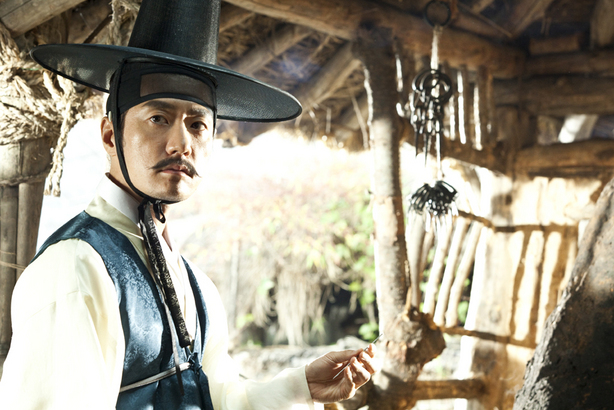 Detective K: Secret of Virtuous Widow’s sequel, Detective K: Laborer’s Daughter (literary translation) is being made after four years.
Detective K attracted 4.7 million admissions during 2011‘s New Year’s holidays. It is a story about the greatest Joseon detective who is part clumsy and part genius, and investigates tremendous scandals plaguing the country.
Upcoming Detective K: Laborer’s Daughter is directed by KIM Suk-yoon, starring KIM Myung-min (The Spies, 2012 and Deranged, 2012) and OH Dal-soo (The Thieves, 2012) from the previous movie. Also, LEE Yeon-hee joined the cast in a femme fatale role, who worked recently on film and TV series like Marriage Blue, Gu Family Book and Miss Korea. The case they have to solve has grown bigger and the woman who will mesmerize them has become even more beautiful. The team is to present an upgraded version of the first with stronger adventures and laughters.
Detective K: Laborer’s Daughter plans to crank-in this month to premiere around New Year’s next year. It is financed and distributed by Showbox Mediaplex Co.
Any copying, republication or redistribution of KOFIC's content is prohibited without prior consent of KOFIC.
Related People Related Films Related Company