May 20, 2014
FOR THE EMPEROR Press Conference Held 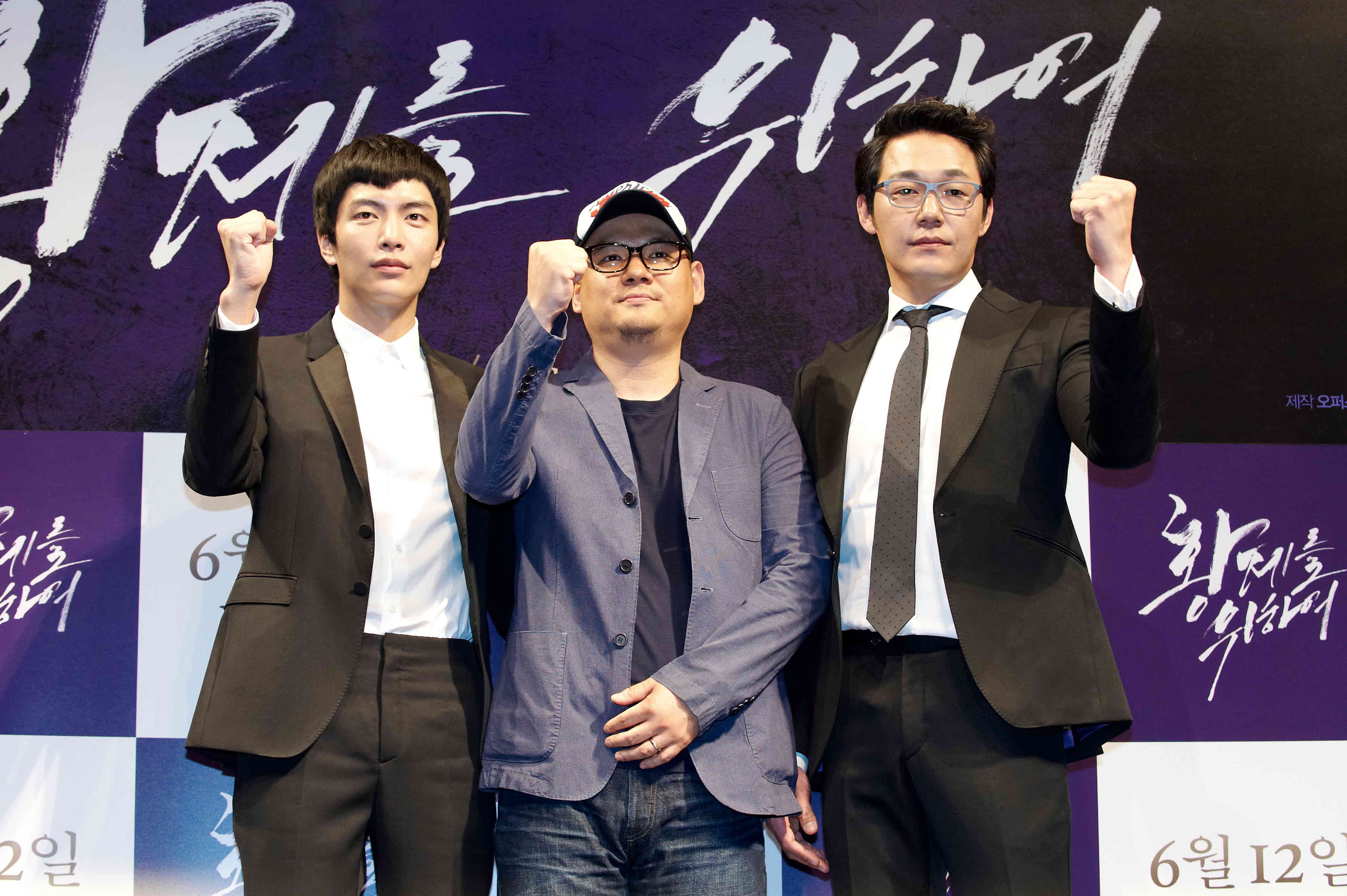 Upcoming action-noir film For the Emperor held a press conference at CGV Apgujeong on May 13th. Attending the conference were director PARK Sang-joon, returning to the director’s chair following his debut Bank Attack in 2007, LEE Min-ki of Haeundae (2009) and Monster, and PARK Sung-woong of New World and Tabloid Truth.

For the Emperor features promising baseball player LEE Hwan (LEE Min-ki) who is kicked out of his league after being implicated in a match-fixing scandal. LEE Hwan waits for an opportunity to make a comeback, and in the meantime pursues his ambition through San-ha (PARK Sung-woong), the boss of Emperor Capital, the biggest private loan company in Busan. LEE Min-ki used to appear in numerous romantic comedies before to turning to thrillers with Monster, but this time he takes on the noir genre. “Finally, a chance to do a noir film. I chose the scenario because the notion of ambition isn’t far from my own thoughts,” said LEE.

PARK Sung-woong has mainly played villains and he mentioned that ”I wanted to leave New World ’s LEE Jung-gu behind, even though the character left a deep impression on spectators. But this time, actors speak with a Busan dialect, and my character has both strong and gentle points. So I thought it was worth taking this role. Also, I performed my own action scenes in this film.“
Director PARK explained that “There are two different types of action scenes in this movie. First is large group action scenes that takes place in small, closed spaces, and the others take place in completely open spaces. I tried to make the kind of action scenes that are rare in Korean films. I put a lot of effort into this film, and the actors played their parts with passion. You can look forward to For the Emperor.”
The director added: ”For the Emperor is an authentic film noir. I focused on characters’ instinctive emotions and desires, removing artificial feelings.“ Can director PARK’s expectation reach audiences? The film will premiere on June 12th, following the release of other tough action movies such as The Target, A Hard Day and Crying Man.
Any copying, republication or redistribution of KOFIC's content is prohibited without prior consent of KOFIC.
Related People Related Films