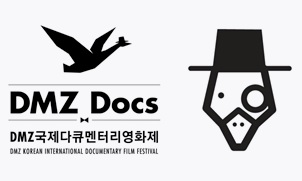 The DMZ Korean International Documentary Film Festival (DMZ DOCS) has issued its call for documentary films for its upcoming 6th festival. The application window will be open until June 20th.
DMZ DOCS 2014 aims to introduce recent works from promising documentary filmmakers under the themes of peace, reconciliation and coexistence. The festival has drawn attention for its timely subjects and sincere viewpoints as demonstrated by the topical films it screened at its last edition, including Manshin: Ten Thousand Sprits by PARK Chan-kyong, Let’s Dance by JO Se-young and Sanda by KIM Mi-re from the last DMZ DOCS.
All challenging documentaries made after January 1st, 2013, are eligible for submission, so long as they explore social interests of peace, reconciliation and coexistence, and extend their aesthetic range. The International Competition Section will accept films over 40 minutes while there is no time limit for the Korean Competition Section and entries for the Youth Competition Section should be below 40 minutes. The winners of the competition secctions will be announced during the closing ceremony. For more information, please visit http://www.dmzdocs.com/eng/about/contact.asp
The 6th DMZ DOCS will be held from September 17th to 24th around Goyang in Gyeonggi Province.
Any copying, republication or redistribution of KOFIC's content is prohibited without prior consent of KOFIC.
Related People Related Films Related Company