Jan 31, 2014
THE SATELLITE GIRL AND MILK COW Debuts Next Month 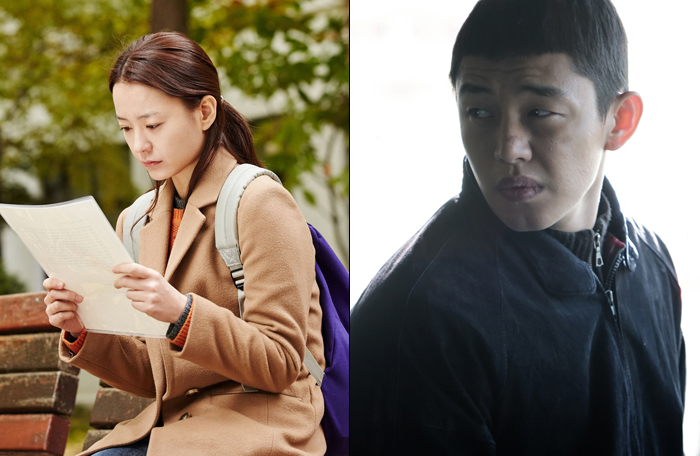 Feature animations have slowly strengthened their footing in the Korean film industry of late and the first full-length animation to hit screen this year will be next month’s The Satellite Girl and Milk Cow. Directed by acclaimed short film animator JANG Hyung-yun, the film features JUNG Yu-Mi and YOO Ah-in in its voice cast.

In the new animation, a space satellite called Il-ho observes Earth from her vantage point, curious about humans, particularly when it concerns issues of the heart. One of the people she has been observing is the singer-songwriter Kyung-chun who, when left by his girlfriend, turns into a milk cow. While on the run from the Incinerator, a machine that devours creatures with broken hearts, he is saved by a roll of toilet paper that calls himself Merlin the Wizard. Il-ho then falls to earth and turns into a girl.
JANG’s many acclaimed shorts include 2007’s A Coffee Vending Machine and Its Sword and The Satellite Girl and Milk Cow will mark his feature debut. JUNG Yu-Mi and YOO Ah-in, who co-starred in last year’s Tough as Iron, reunite in the voice cast as Il-ho and Kyung-chun. JUNG also starred in HONG Sangsoo’s Our Sunhi in 2013.
Produced by new animation firm Now or Never and distributed internationally by Indiestory Inc., The Satellite Girl and Milk Cow is set to open domestically on February 20th.
Any copying, republication or redistribution of KOFIC's content is prohibited without prior consent of KOFIC.
Related People Related Films Related Company