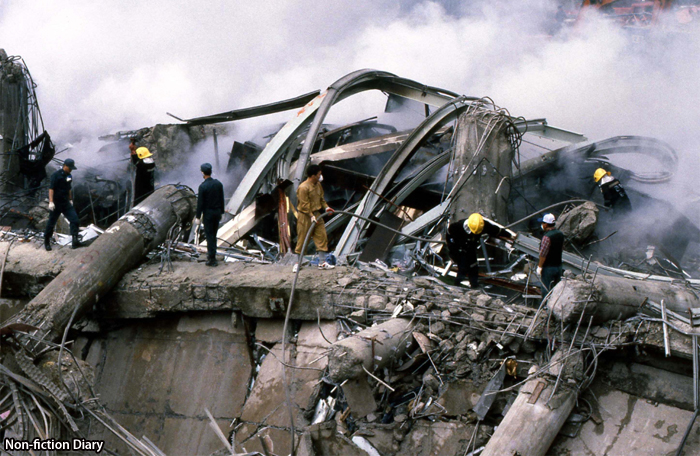 The Berlin International Film Festival is gearing up for its 64th edition next month by slowly revealing its program and more Korean films have been for the event's Forum section, which include Dream of Iron, Non-fiction Diary and 10 Minutes. The first is the world premiere and a sophomore film while the latter two are debuts which will have their international premieres in Germany.

Kelvin Kyung-kun PARK's documentary A Dream of Iron follows his previous film Cheonggyecheon Medley: A Dream of Iron, which also went to the Berlinale Forum in 2011. The film is an extension of a multimedia project featuring video installations.
Non-fiction Diary and 10 Minutes premiered last October at the 18th Busan International Film Festival where they also won awards. The former picked up the Mecenat Prize for Best Documentary while the latter was the recipient of the KNN Movie Award and the Fipresci Prize.
JUNG Yoon-suk’s documentary Non-fiction Diary, handled by M-Line Distribution, begins with the Jijon-pa murder case that shook the nation in the early 1990s and goes on to document several news items from that era, when Korea had only recently emerged from authoritarian regimes. The film offers a snapshot of the special mood of the country during that period.
LEE Yong-seung’s 10 Minutes, from Lotte Entertainment, is an indie drama set in the workplace. A young man takes a part time job in a government office to support himself while he studies to get his dream job. When his boss offers him a full time position, the pressure to support his family and the lure of a stable position compel him to take it, but before he knows it, he’s passed over for someone else.
While ten Korean films were featured at last year’s Berlin Film Festival, none of those went to the Forum. The most recent Korean films to be invited to the section were the KIM Tae-yong staging of AHN Jong-hwa's Crossroads of Youth (1934) last year and KIM Joong-hyeon’s Choked in 2012. The 64th Berlinale will kick off on February 6th and run until the 16th.
Any copying, republication or redistribution of KOFIC's content is prohibited without prior consent of KOFIC.
Related People Related Films Related Company