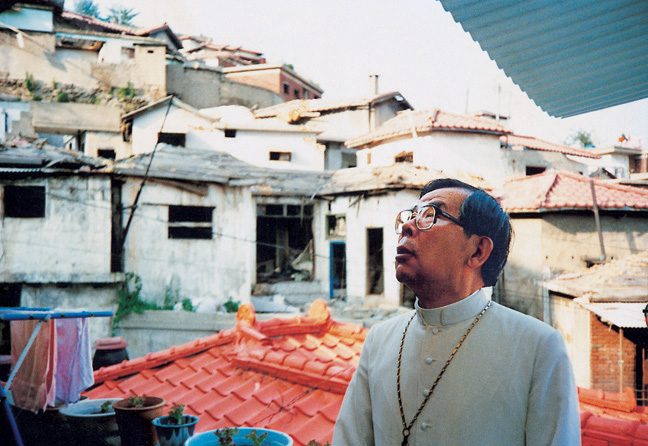 The life story of the late Cardinal Stephen KIM Sou-hwan will be told on film.
The Man, Cardinal (literal translation), a documentary which will commemorate the late Cardinal on the fifth anniversary of his passing next year, will focus on the question, ‘What does Cardinal KIM Sou-hwan mean to us?’ rather than show us the Cardinal's life as we already know it. The Cardinal, who died on February 16th, 2009, was respected for dedicating a lifetime to those in poverty and alienation.
Pyeonghwa Broadcasting Corporation (PBC), the producers of the documentary, revealed that “The film will remember Cardinal KIM Sou-hwan who is slowly fading from our memory, but without bending or embellishing who he really was,” also adding “We are not just planning to present the Cardinal as he was in the public eye but we will also attempt an in-depth exploration of him as a human being. In this sense, it will be a film accessible to both Catholics and the general public.” The documentary is aiming for a theatrical release in early 2014.
Any copying, republication or redistribution of KOFIC's content is prohibited without prior consent of KOFIC.
Related People Related Films Related Company