Moscow to Feel a LEBANON EMOTION 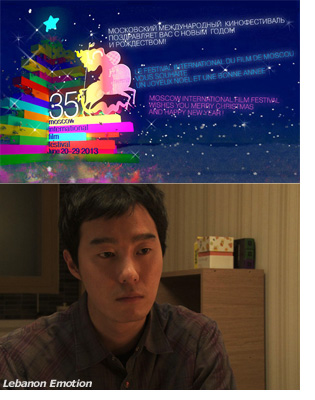 Fresh from winning the CGV Movie Collage award as part of the 14th Jeonju International Film Festival’s Korean Competition, the independent feature Lebanon Emotion is gearing up for its first international appearance as it has been invited to the 35th Moscow International Film Festival’s Competition Program.
Lebanon Emotion, the debut work of Korean Academy of Film Arts (KAFA) graduate Jung Young-heon, follows a number of characters driven to their limits in the snow-swept Korean countryside. Demonstrating a keen visual sense, the film impressed Jeonju jurors with its unique atmosphere. It was not Jung’s first time at Jeonju as his short Hard Boiled Jesus previously earned him the Best Director Prize at the event during last year’s Korean Short Film Competition.
Moscow is no stranger to Korean cinema as films from the peninsula have consistently featured at the event since Im Kwon-taek’s masterpiece The Surrogate Woman took part in 1987. In recent years the Jeonju film Secrets, Objects, from director Lee Young-mi, took part in 2011 while Lee Sang-woo’s Barbie, which premiered at the Busan International Film Festival, was among the competition entries last year, demonstrating the continued influence of major Korean festivals on the event. This year’s Moscow IFF will unfurl from June 20th to 29th with the full program still to be announced.
Any copying, republication or redistribution of KOFIC's content is prohibited without prior consent of KOFIC.
Related People Related Films Related Company