May 29, 2013
KOFIC to Lead Korean Delegation During Shanghai Film Market 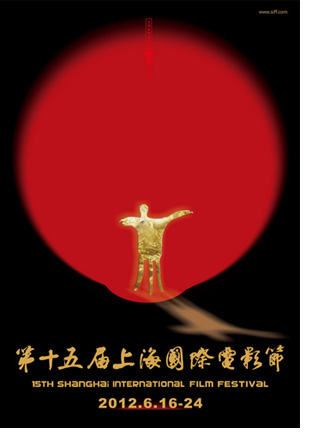 The Shanghai International Film Festival is gearing up for its 16th edition at a time when the international filmmaking community’s focus on the region grows stronger. Korean cinema will make its presence felt in a number of arenas, not least of which as three films will take part in the fest’s two main competition sections. KANG Woo-suk’s Fist of Legend will vie for the top Golden Goblet prize while LEE Won-suk’s How to Use Guys with Secret Tips and ROH Deok’s Very Ordinary Couple will compete for the Asian New Talent Award.
KANG’s Fists of Legend is the esteemed director/producer’s latest male-driven drama. The MMA (Mixed Martial Arts) drama assembles three heavyweights from the Korean acting scene, HWANG Jung-min, YU Jun-sang and YOON Je-moon, as friends and former top fighters who find themselves once again in the ring. Debut filmmakers LEE and ROH have both been praised for their fresh romantic comedies. How to Use Guys With Secret Tips is a colorful, pop-infused romcom that many have described as a new style for the genre in Korea. Meanwhile Very Ordinary Couple is a far more grounded affair that could just as easily be called a drama. Starring KIM Min-hee and LEE Min-ki, the film was a surprise hit earlier in the year.
Outside of the festival’s competitive programs, Shanghai will also feature an additional trio of low-budget Korean works in its Panorama program: SHIN Yeon-shick’s The Russian Novel, David CHO’s The Winter of the Year Was Warm and MIN Byung-hun’s Touch. All three titles had their world premieres during last October’s 17th Busan International Film Festival.

In addition to Korean films screening, Korean cinema is also set to makes its presence felt in other ways. Shanghai also features a major co-production pitching session and this year three Korean projects have found their way among the 30 hopefuls participating. All three of them have found their way into the Co-Production Film Pitch & Catch lineup (CO-FPC). The Korean projects include: A Dog Day Adventure from horror director KIM Tae-kyung who debuted with 2004’s Puzzle and whose sophomore work Coin Locker will be released later this year; Han Seung-hwan’s Ghost Letter; and Run To You from director LEE Young-mi, who previously helmed Secrets, Objects (2011). The SIFF Project will be held June 16-19.
A number of guests will also be participating in the festival’s various juries and forums. CHOI Dong-hoon, the director of The Thieves, will sit on the Asian New Talent Award jury while noted critic and Café Noir (2009) director JUNG Sung-il will participate in a forum panel on how to become an independent film critic.
On the other hand, the Korean Film Council (KOFIC) will open a Korean film lounge in the Shanghai Film Market, which will run alongside the Shanghai International Film Festival. The KOFIC lounge will support the sale of Korean films and set up business meetings between foreign buyers and Korean film companies. At present, MONEFF, Next Visual Studio and Studio SH will take part in the event. In addition, the Korea Film Council will offer Korean-Chinese interpretation and advanced business matching services to participating Korean outfits during the market.
Any copying, republication or redistribution of KOFIC's content is prohibited without prior consent of KOFIC.
Related People Related Films Related Company