Korea Will Be Frozen with Fear in June

May 20, 2013
Preview of Korean Horror Movies Coming This Summer
Over the past several years, Korean horror films have failed to be commercially successful. This is partly because horror movies are a genre that cannot easily approach audiences. Under these circumstances, four horror movies are ready to dissipate early summer heat with blockbusters awaiting for hot summer. These new Korean horror films will have their premieres soon. 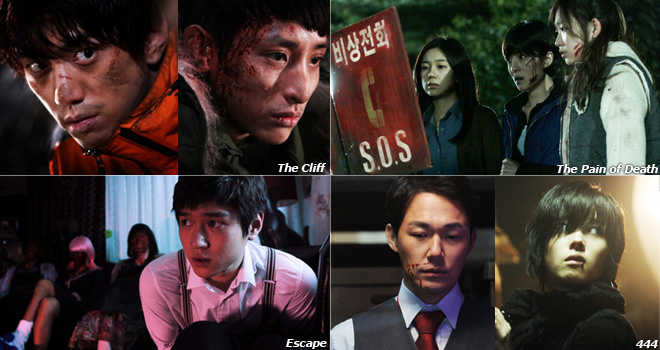 Horror Stories II, A Puppet, Killer Toon and Doctor portend a great revival of Korean horror movies. Horror Stories II scheduled to premiere on June 5th is an omnibus-type sequel of Horror Stories. Horror Stories II consists of The Cliff, The Pain of Death, Escape and 444. The Cliff is a KIM Sung-ho film that frighteningly tells of two friends lost on a cliff. The Pain of Death by director KIM Hwi depicts three college girls stranded in the middle between the next world and this world. Escape is about a teacher who becomes trapped at the entrance to hell after trying a spell about elevators. 444 is a bridge story for the three episodes. The film directed by MIN Kyu-dong tells a spooky story where insurance frauds are investigated, resulting in many questions. 444 really sends a chill down audiences’ spines. Unlike the previous part which is only for adults, audiences 15 years old or older are allowed to watch the sequel. It is aiming to expand the area of horror by widening its audience.
Killer Toon is also much anticipated and will premiere at the end of June. Killer Toon is grasping the attention of movie fans as it is the new film by KIM Yong-gyun who directed The Red Shoes, a horror movie with excellent cinematography. In addition, another interesting feature of the film is the fact that it is based on a webtoon, one of the popular movie materials in the Korean movie industry these days. The film portrays a secret uncovered while a serial murder case copycats an unpublished webtoon.  In particular, images in the webtoon and characters in the film are overlapped, giving audiences greater fear. LEE Si-young, the heroine of How to Use Guys with Secret Tips, plays the horror webtoonist who foretells murders. Killer Toon also stars UM Ki-joon who put up a good show in Finding Mr. Destiny and Villain & Widow.

A Puppet
by director KWON Young-rak openly publicizes itself as a horror thriller for adult audiences only. The film details the catastrophe of a woman who sees mysterious illusions and a doctor who hypnotizes the woman. A Puppet will attract horror movie fans as the film combines dangerous hypnotism that controls unconsciousness with a horror thriller. The film was planned to fit a ‘restricted’ rating in the first place. The film fuels fear with a daring setting and expressions so it is expected to receive good responses from film fans. The film stars LEE Jong-su after a long break and KOO Ji-sung, a racing model-turned-actress. 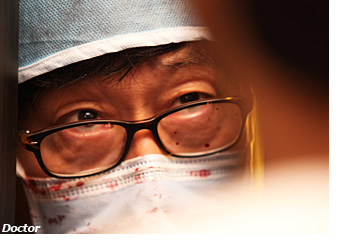 Doctor is a story about a psychopathic plastic surgeon. The film premiered through a gala presentation at the 2012 Busan International Film Festival. At that time, many audiences gave good responses to the film. Doctor was directed by KIM Sung-hong whose horror and suspense senses were duly recognized through his former films such as The Hole and Missing. After witnessing his young wife’s adultery, a plastic surgeon goes on a killing spree while revealing his killer instinct. KIM Chang-wan usually played nice and friendly characters such as an ordinary middle-aged father. In Doctor, KIM attempts an extreme makeover by playing the psychopathic doctor. Doctor contains cruel and creepy acts that take advantage of the character as a plastic surgeon, reminding viewers of a slasher. BAE So-eun makes her film debut in this film playing the young wife.
Korean horror movies have latent energy. They also give new actors and directors chances to make their debuts. Some of the representative works are the Whispering Corridors series, The Phone by AN Byung-ki, A Tale of Two Sisters by KIM Jee-woon and R-Point by KONG Su-chang. Director AN Byung-ki has directed horror movies only such as A Nightmare, Bunshinsaba, Ouija Board and A.P.T. in addition to The Phone. Recently, AN honed his horror film skills by directing two Chinese horror movies, Bunshinsaba 1 and 2. Imprint Entertainment that produces Twilight decided to remake The Phone and asked AN Byung-ki to direct the remake. Like this, production of Horror Stories II which will revive Korean horror films and is expected to succeed as a new Korean horror movie franchise, will excite horror movie fans a great deal. This is because Horror Stories II is an attempt to revive the reputation of Korean horror films. It is anticipated that Korean horror movies for this summer will attract more attention from overseas movie fans.
Any copying, republication or redistribution of KOFIC's content is prohibited without prior consent of KOFIC.
Related People Related Films Related Company