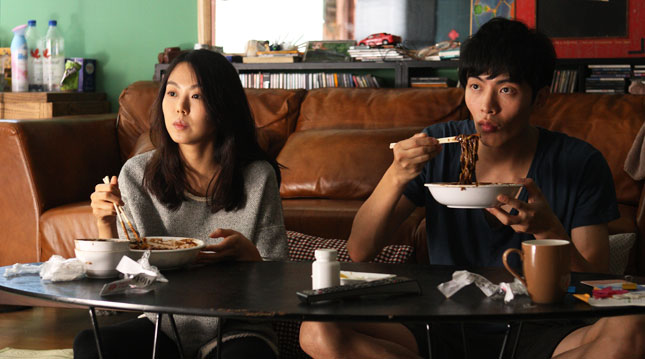 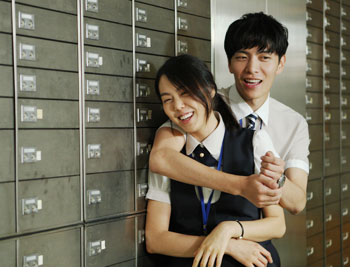 Very Ordinary Couple delicately deals with various events and emotions that anyone in a relationship can experience. Whoever has had a boyfriend or a girlfriend can easily empathize with the story. To singles, this is a good film to learn about ‘realistic love’. This film deviates from the typical track of a couple getting to know each other solely by coincidence and smoothly getting into a beautiful relationship.
The director ROH Deok said, “Those who are willing to die for love like in films are hardly found in reality. However, ordinary relationships are interesting as well and that’s why everybody looks for his/her partner. I wanted to portray the realistic relationship in the film in an interesting way.” So she blended what really happened around her friends in the film. Audiences can easily empathize with it because it is real and honest.
In Very Ordinary Couple, there lies another hidden story. It is partly a documentary where a couple who just broke up and their friends confess their honest feelings. This directly shows audiences what the protagonists and their friends really think. Interviews with the leading characters contrasts with interviews with their colleagues and it creates extra fun. The director plugged in the interview parts to give the film a little twist and to make it different from existing melodramas.
LEE Min-ki said, “I actually thought I was in love with her while shooting Very Ordinary Couple. Now that the shooting is finished, I feel like finding someone to love.” KIM Min-hee said, “I had to exhaust my emotions all the way through, so I found it harder than when doing Helpless.”
▶ Sweetness Remains like a French Kiss - KISSES

▶ information
Director LEE Hyun-chol, KANG Ho-joon, KIM Jin-hee, HWANG Hee-sung, SEO Yong-ho, MOON In-dae, LEE Jeong-Won, KIM Doo-heon | Starring JO Yun-mi, KIM Do-young, YOON Young-min | Genre Omnibus | Running Time 121 min | Rating 18+ | Release Date Mar 7
▶ synopsis
Lovely: A director working on a script quarrels with his writer arguing whether to let characters kiss or have sex with each other. 2 p.m. Happy O’clock: A radio program producer and an announcer locked in the studio after a missile attack by North Korea air their last radio show. Kiss Me: The protagonist witnesses a drunken friend of his at a cafe and he feels some strange air between the friend and the hostess of the cafe. Guru: Si-bong, a prim and innocent man one day goes to a kissing service agency, where he meets Jessica, the master of kissing. Girls’ Generation: While the class leader bullies his classmates on the way back home after school, Sae-byul shows up in front of him and a surprising story is waiting for them. That’s Great of Them: The unemployed husband cannot stand watching his actress wife kiss other men in a TV drama, so one morning, he starts an argument with her. Slayer: On the rooftop where there is nobody else, a vampire and a hunter fight each other. Confession: The last confession of Joanna somehow makes a weird father change his mind. 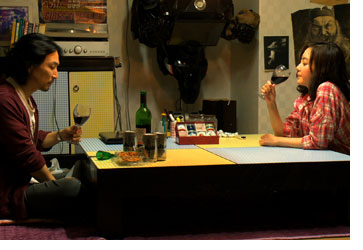 Kisses is an omnibus film composed of eight episodes with the common theme of ‘kiss’. Each of the eight directors made a short film about kissing based on past experience and imagination and they were put together. To give the project a special taste, they had a restricted condition since the planning phase was; ‘One space, one day’. In order to get away with a common problem that often arises when making small films, the directors shared the prime restriction since the beginning to make the film fair for all of them and distinguished from other films.
19 characters in each of the eight spaces create eight diverse stories about kissing. Under the common theme of kissing, they all are different from each other in terms of the meaning and concept of a kiss. They are different from the conventional feature with lovely and romantic kisses. To someone in the film, a kiss is the behavior of forgiveness and awe. Kisses also enable communication. The film was invited to the Busan International Film Festival and the Göteborg International Film Festival of Sweden.
▶ For 100% Success in Love Affair - HOW TO USE GUYS WITH SECRET TIPS 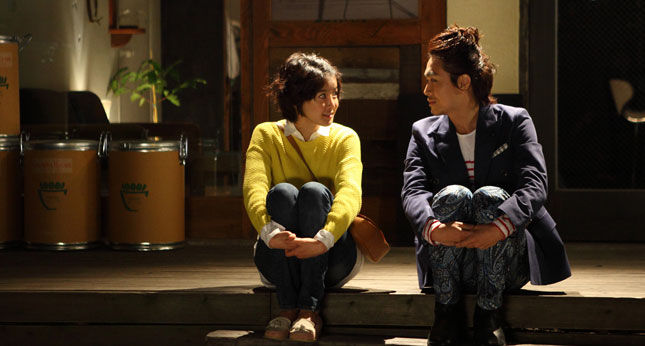 ▶ information
Director LEE Won-suk | Starring LEE Si-young, OH Jeong-se, PARK Yeong-gyu | Genre Romance, Comedy | Running Time 116 min | Rating 15+ | Release Date Feb 14
▶ synopsis
The assistant director of a commercial film CHOI Bo-na always takes on all the difficult tasks because she is hesitant to complain. On top of that she has barely had any relationships. One day after shooting, she accidently finds a video tape that says ‘How to Use Guys with Secret Tips’ on it. She is dubious of the video tape, but follows the tips anyways. Eventually, she manages to steal a top start’s heart.

What kind of video is this? How to use guys? What is it supposed to mean? It might sound vague, but everything appears straight forward as you watch the film. In the video entitled ‘How to Use Guys with Secret Tips’, Dr. Swalski gives practical secret tips that guarantee 100% success in love affairs.
It is a step-by-step manual teaching how to succeed in love. The first step taught in the manual is “Look, hold and smile.” It teaches how to touch to familiarize with the guy as well. It says, “Sit as close to him as possible and touch him naturally as if you didn’t intend to.” The in-depth strategy using the ‘Red Zone’ to make him fall for you also sounds very convincing.
The film is full of such detailed instructions. They are not just fun but they are convincing when they actually work in practice. It is interesting to see how Bo-na’s love life changes as she starts to strongly believe in ‘How to Use Guys with Secret Tips’.
How to Use Guys with Secret Tips is a good combination of a unique material and creative imagination. The idea to see a man as a product that moves as programmed is very original. Visual effects are also novel. Instruction by Dr. Swalski are sometimes depicted in toons and visual images give extra explanations. The animated imagination doesn’t look cheap by virtue of the actors’ performance. LEE Si-young looks so cute and lovely while OH Jeong-se shows a wide spectrum of acting by playing a top star. Dr. Swalski, the mysterious author of ‘How to Use Guts with Secret Tips’, acted by PARK Yeong-gyu, is also a real joker.
Any copying, republication or redistribution of KOFIC's content is prohibited without prior consent of KOFIC.
Related People Related Films Related Company