MIRACLE IN CELL NO. 7 Soars Past 10 Million Admissions 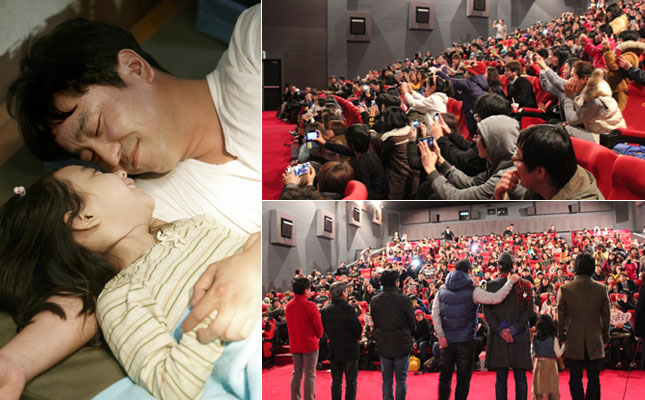 On Saturday evening (February 23rd), Miracle in Cell No. 7 became only the 8th Korean film to attract over 10 million viewers at the local box office. The surprise hit has blazed its way to success since its release in January. As of midnight on February 24th, the prison-set comedy-drama has accumulated 10,386,785 admissions.
The LEE Hwan-kyung film, with a large roster of well-known character performers such as OH Dal-soo, PARK Won-sang, KIM Jung-tae, JUNG Man-sik and of course RYU Seung-ryong in the lead, has performed well over expectations, rising over local blockbuster such as The Tower and The Berlin File.
Last year saw a record two films crossed the 10 million mark when the all-star ensemble caper film The Thieves soared over 13 million to become the highest grossing Korean film of all time. A few months later, the LEE Byung-hun period drama Masquerade dominated the charts for months to eventually cross 12 million admissions.
Any copying, republication or redistribution of KOFIC's content is prohibited without prior consent of KOFIC.
Related People Related Films