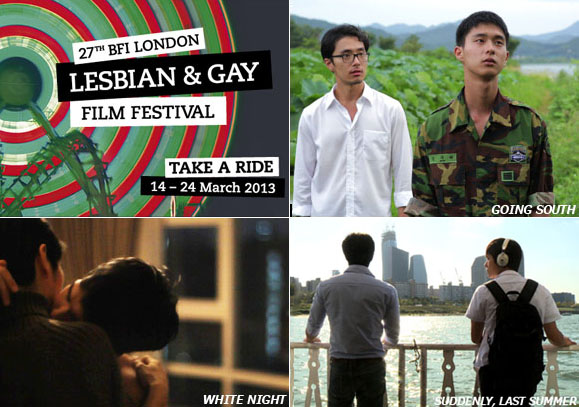 The 27th London Lesbian & Gay Film Festival has taken a shine to Korea’s preeminent queer filmmaker LEESONG Hee-il as it has been revealed that his three films from last year, which form a loose trilogy, will all screen during the event which is scheduled for March 14-24.
White Night, a feature film, was first screened during last year’s Jeonju International Film Festival and has since attracted a lot of positive attanetion following invitations to the Vancouver International Film Festival and most recently this month’s Berlinale. Using an homophobic attack in Central Seoul as its starting point, White Night is a lyrical character piece that takes place during one wintry night.
Also screening will be Going South and Suddenly, Last Summer, a pair of mid-length features which complement White Night’s themes and exploration of male desire. LEESONG previously received great acclaim with his debut No Regret (2006), which also screened at the Berlinale, and his latest trio has cemented him as one of the most important independent filmmakers in queer cinema working today.
Any copying, republication or redistribution of KOFIC's content is prohibited without prior consent of KOFIC.
Related People Related Films Related Company