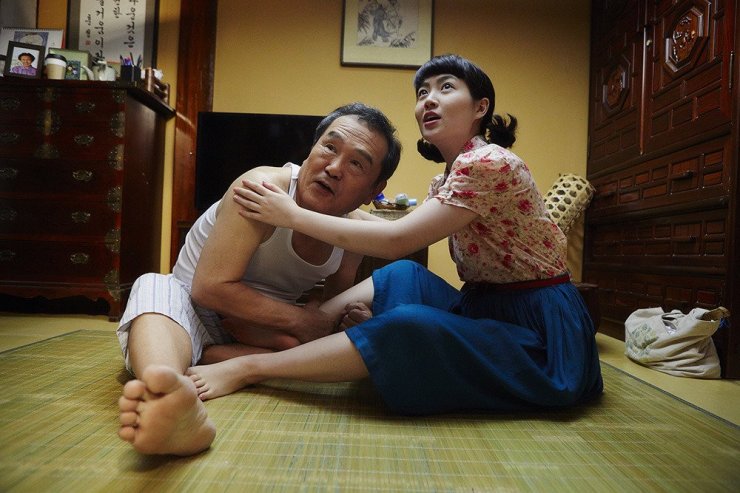 Total monthly theatre attendance for February was 18.54 million which was a 15% decrease from last year’s figures. Revenue also went down 12.2% to USD 138.7 million. Most of the films that did well in the box office in February were January releases. Of those titles, only Miss Granny and Frozen surpassed the one million admissions mark. It is without a doubt that having the Korean New Year (Seollal) in January instead of February this year impacted the numbers for the winter.
The market share for Korean films was 53.4% with 9.9 million admissions, and revenue reached USD 71.6 million. In the top ten box office titles, seven films were Korean with Miss Granny (5.26 million admissions) at the top with the most ticket sales. Other titles saw mediocre admissions records with Man In Love (880,000), Tabloid Truth (850,000), and Venus Talk (690,000).
Admissions for non-Korean films were 8.64 million, with revenue of USD 67.1 million. Frozen alone saw 5.05 million admissions and secured the second spot at the box office with 9.86 admissions in total. With its ongoing popularity, it became the first animation in Korea to reach ten million admissions on March 3rd.
If we look at the distribution companies, CJ Entertainment had the highest audience share with their released titles including Miss Granny, whereas Sony Pictures Releasing Walt Disney Studios (Korea) had two titles including Frozen and was in second place with an audience share of 32.5%.
Korean and American films hold 97.3% of total audience share, dominating the Korean film market
Out of the top 10 list, Korean films secured seven spots and American films took three. While the two industries have dominated the Korean film market for a long time, it is unfortunate to see an audience of just 1.4% for Japanese films and less than 1% for other nations.
Diversity in Film: Inside Llewyn Davis and Popular Re-runs
Inside Llewyn Davis received unexpected attention with 76,000 admissions as it lead the group of non-commercial films. The re-run of Bernardo Bertolucci’s The Dreamers (2003) attracted 11,000 to take fourth place in the diversity film category. Korean titles were not able to hit the top ten list in this section, although Intruders and My Place were 11th and 12th respectively.
TABLE 1: Top Ten Box Office (February, 2014)
* Source: http://www.kobis.or.kr/kobis/business/stat/offc/searchOfficDistTotList.do
* Number of screens are determined by taking the maximum number of screens activated during the first week of the film’s release