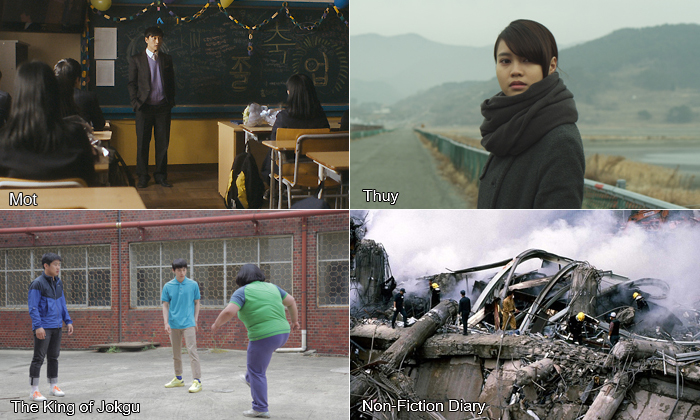 A user from the KoBiz Online Screening Service posted the following message on social media after using the online screening for the Puchon International Fantastic Film Festival (PiFan), “Experiencing PiFan from the comfort of my living room, thanks!”
The Korean film industry have been attracting attention from the worldwide film community as it expands and gains more recognition in the international scene as well as from Korean international film festivals. Nevertheless, frequent festival visits raise the issue of time and cost unless there is an invite or a specific business meeting to justify such expenditures. In order to assist foreign film professionals to have more opportunities to experience such film festival lineups, the Korean Film Council (KOFIC) is offering an online screening service of films showcased at major film festival including Busan (BIFF), Bucheon (PiFan) and Jeonju (JIFF) for a given period of time.
Particularly, every October, international attention focuses on the Korean films screened at BIFF, which has grown into one of Asia’s leading international film festivals. KOFIC, in agreement with BIFF, will provide an online screening service following the closing of the festival, featuring a total of 25 feature and short-length Korean films from the Vision of Korean Cinema Today section and Wide Angle section on the KoBiz Online Screening website.
The films that will be serviced through the online screening’s FESTIVAL SCREENING from October 13th will include SEO Ho-bin’s Mot, LEE Yu-bin’s Shuttlecock, KIM Jae-han’s Thuy, JEONG Hyuk-won’s Dynamite Man, WOO Moon-gi’s The King of Jokgu, as well as documentary works such as JUNG Yoon-suk’s Non-Fiction Diary, KIM Lyang’s Dream House by the Border and KIM Mi-re’s Sanda, not to mention actress CHOO Sang-mi’s self-directed short A Woman Under the Influence.

The KoBiz Online Screening Service launched during the opening of last year’s BIFF and will celebrate its first anniversary with the upcoming festival next month. Since its launch, the KoBiz Online Screening has made a great effort to improve its service from the viewpoint of the user: securing consistent streaming within an unstable international internet network and providing an optimized system environment for film professionals. As a result, the KoBiz Online Screening Service is gradually establishing itself as another avenue for introducing Korean films to the world.
With KOFIC’s relocation to Busan in October, all the international film festival submission screening services offered at the KOFIC Seoul office will be replaced by online screenings. Such online services foresee an improved efficiency in internal and external operation and ultimately a more significant focus on online support services for KOFIC as it will reduce the risk of trafficking screeners for festival submission screenings. KOFIC is planning to expand its online screening support for programming which will gradually replace onsite screening.
By Gina SON
Any copying, republication or redistribution of KOFIC's content is prohibited without prior consent of KOFIC.
Related People Related Films