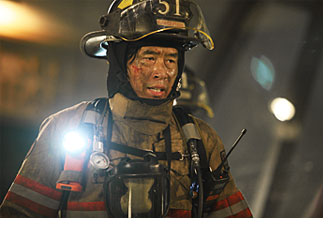 The Korean Film Council has announced figures for the Korean film industry's performance in January 2013. According to their data, the success of Korean films that we saw in 2012 is continuing on in 2013 as well. As the popularity of The Tower was about to cool down,
Man on the Edge and Miracle in Cell No. 7 were released, maintaining the popularity of Korean films. Since data collection began on the number of audiences for Korean films, January 2013 recorded the 12th highest total, surpassing the 10 million mark and reaching 11,984,420.
The market share for Korean films last month was 58.9%, a rise of 23.8% compared to the same time period last year. The total number of audience members was 20,361,242, demonstrating the strenght of season around winter vacation. Korean films have drawn over 10 million admissioons for seven consecutive months. 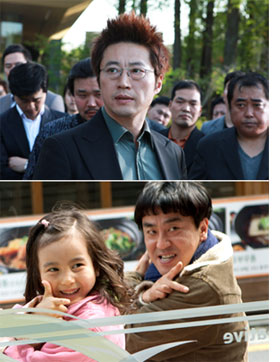 The Korean Film Council analyzed that the successes of Man on the Edge, The Tower and Miracle in Cell No. 7 helped to enlarge the market share for Korean films in January of 2013. Man on the Edge which opened on January 9 brought in 3.68 million by the end of January, contributing the highest number for the month's market share for Korean films. The Tower, which opened on December 25, 2012, continued on with its success from December, drawing in 3.15 million in January, with the total accumulated audience number being 5.17 million.
Miracle in Cell No. 7, which opened on January 23, has drawn in 2.83 million in one week, bringing up the market share for Korean films up to 58.9%. Compared to the same period last year, the total number of admissions rose by 23.8%. The number of film released was up by 4 and the total income from admissions also rose by 40.2%. The top three films at the box office were all Korean films. Thanks to the success of Korean films, the total income from films this months also rose by 17.2%.
Any copying, republication or redistribution of KOFIC's content is prohibited without prior consent of KOFIC.
Related Films Related Company