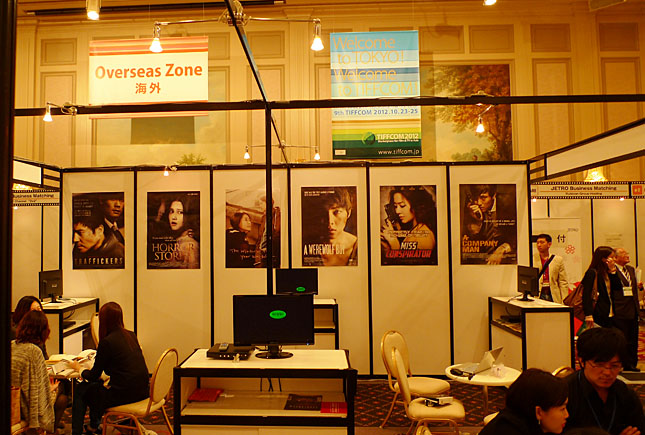 The reception for the promotion of Korean location incentives successfully took place at the Tokyo International Film Festival Content Market in Japan. Furthermore, the co-production project meeting entitled ‘Ko-production in Tokyo’ and TIFFCOM proved the potential for Korean films in Japan.
The Korean Film Council (KOFIC, chairman: KIM Eui-suk) co-hosted the reception, ‘Shoot in Korea’, with the Seoul Film Commission (SFC) at the ball room on the 29th floor of the Grand Pacific Le Daiba hotel in Odaiba Tokyo at 6 pm on October 24th (Wed). Over 110 people related to Japanese film attended the event where Korean location incentives were promoted, this reflected the Japanese film industry's interest in the new opportunities provided by these incentives.
'Ko-production in Tokyo', which sought to bring together Korean filmmakers, including directors and producers, and Japanese production partners, also yielded encouraging results. KOFIC and TIFFCOM co-hosted the market event, where 5 Korean-Japanese co-production projects selected by the council were introduced. The 5 projects showcased at the market were Love History (producer OH Jung-wan, Bom Film Productions), Pianist of Northland (director KIM Young-nam, Contents 7), JL351, This Is Pyongyang Airport!! (producer LEE Kyung-hee, Nr.Lee's Entertainment), The Last Princess (director HUR Jin-ho, Daisy Entertainment) and Blood of the killers (director LEE Young-mi, Film Front). Furthermore, individual meetings were on the rise this year, as 49 (40 advance meetings and 9 on-site meetings) took place. Participation of Japanese major film studios such as Toei, Shochiku and Kadokawa demonstated Japan's growing interest in co-production with Korea.
Foreign sales of completed Korean films also went well. The council installed the Korea Film Center at TIFFCOM and arranged business meetings for Korean film sales companies including Show Box Mediaplex, as well as 3 technical service providers. According to the companies that attended the meetings, Japanese and South Asian companies showed considerable interest in A Werewolf Boy and A Company Man. 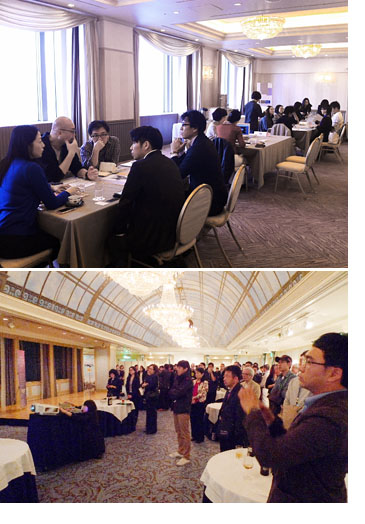 As for the accomplishment of each sales company, Daisy Entertainment successfully sold Horror Stories, the opening film of this year’s Puchon International Fantastic Film Festival (PiFan), Don‘t Cry, Mommy (completed) and How to Use Guys with Secret Tips (soon to be released) to Asian countries.
Especially the project meeting for HUR Jin-ho’s The Last Princess, a film that the Korean Film Council (KOFIC) decided to support planning and development, attracted a lot of attention. Through the pitching event at the Asian Project Market (APM) in Busan, the meeting at the TIFFCOM and the American Film Market (AFM), the number of love calls is expected to increase.
Mirovision, another company that was very active in sales during the Busan International Film Festival (BIFF), presented Tumbleweed, The Winter of the Year Was Warm and melo at the TIFFCOM. International film festival that are going to take place nex year showed a lot of interest particularly in Tumbleweed. The sales activity that started during the Asian Film Market finished at the TIFFCOM and the sales contract of melo with Hong Kong was finalized.
Most of the films that 9ers Entertainment brought to the TIFFCOM were complete films. For 90 minutes, Wedding Scandal, Horny Family and the recently released film Miss Conspirator, purchase proposal has been made and they are in the middle of negotiation. 9ers Entertainment met buyers evenly whether or not they attended at Asian Film Market in Busan for the sales.
CJ Entertainment considered the TIFFCOM as the bridge connecting the Asian Film Market and the AFM, and they focused on sales to Asian region. The main films they worked on were Masquerade, Perfect Number, A Werewolf Boy and Whatcha Wearing. The sales for these films were very smooth, so CJ Entertainment is expecting good results from the AFM. They are also going to introduce the line-up for 2013 including In Berlin by RYOO Seung-wan. The rest of the companies that participated in the TIFFCOM made a certain accomplishment.
Any copying, republication or redistribution of KOFIC's content is prohibited without prior consent of KOFIC.
Related People Related Films Related Company