Aug 02, 2011
The Korean Film Council (KOFIC), the Korea Movie and Video Industry Association (KMVIA) and the Korean Film Producers Association led 108 companies and organizations in a Declaration for the Normalization for Online Film Distribution on July 27. 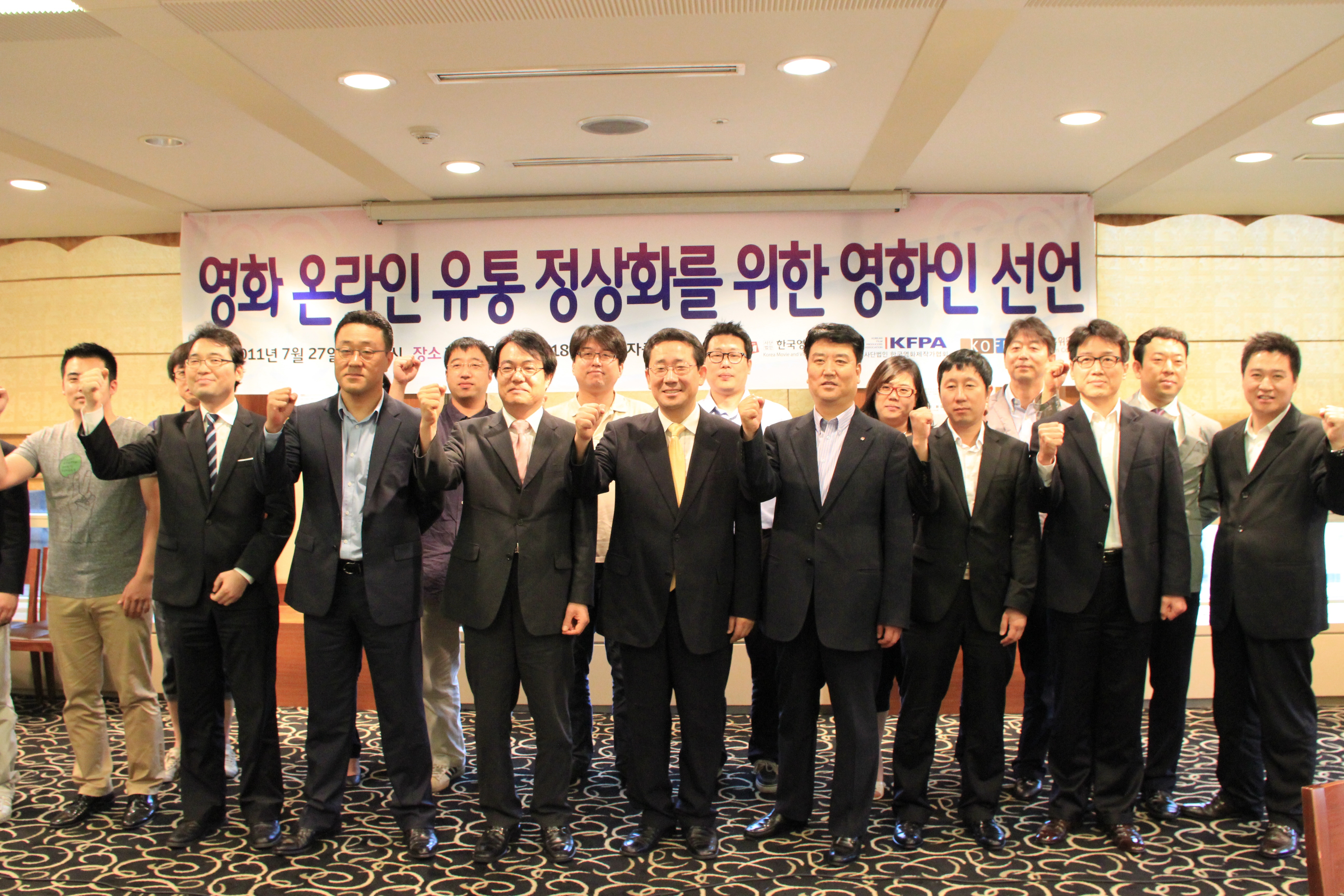 The declaration called for online service providers to stop the illegal circulation of films. It also demanded they stop indirect technical protection of piracy and the omission of legal sales figures. It strongly demanded they adhere to guidelines for the normalization of online copyright protection. Lastly, the declaration warned online service providers that the film industry would, in collaboration, henceforth take strict and rigorous action if they did not.
The Declaration for the Normalization for Online Film Distribution was signed by 108 companies and organizations including film production companies, investment and distribution companies, and online distribution companies such as bom Film Productions, DCG Plus, Boram Entertainment, Showbox Mediaplex, Cinema Service, Lotte Entertainment, CJ E&M, Daisy Entertainment, Indiestory, Cine21i, KTH, and the Good Downloader Campaign.
This industry-wide consensus to change the nature of online distribution is motivated by the disintegration of the ancillary market. The size of the Korean film industry including box office and ancillary markets in 2004 hit a record KW1.5 trillion (US$1.4bn). Despite box office going up, the size of the industry has steadily declined to KW1.23 trillion (US$1.17bn) in 2010. In the past 10 years, box office size has increased more than fourfold, while on the other hand, ancillary market sales have been cut to one-tenth, from KW800bn (US$761.6m) to KW80bn (US$76.16m).
In 2009, box office made up for 88% of a film’s profits, while ancillaries such as home video, TV, and online services only made up for 12%. Of these, online services only came to 4%. Hit films like The Good, The Bad, The Weird, Haeundae and Detective K: Secret of Virtuous Widow has seen illegal downloads circulated at the same time as their theatrical releases. In a survey last year into the state of illegal downloading of independent films, five people worked for four weeks researching 50 films and uncovered 24,800 illegal files on 103 “webhards”, which are online storage service providers.
Any copying, republication or redistribution of KOFIC's content is prohibited without prior consent of KOFIC.
Related Company