MIRACLE: LETTERS TO THE PRESIDENT

Following his fantasy romance hit Be With You (2018) with SON Ye-jin and SO Ji-sub, director LEE Jang-hoon will soon return with his sophomore feature, the heart-warming drama Miracle: Letters to the President. Based on a real event that took place in 1988, the film follows Joon-kyung, played by PARK Jung-min (Keys to the Heart, 2018), a high school student and math prodigy who lives in a small village in North Gyeongsang Province that has a train track but no stop for the train passing through. Without that stop, Joon-kyung is forced to spend hours walking to school. After sending countless letters to the president pleading for a stop to be installed in his village, Joon-kyung relies on his math skills to earn a special President’s Award in order to meet the head of state in person.

Girls’ Generation and EXIT (2019) star LIM Yoon-a portrays Ra-hee, the friend who believes in him, and LEE Soo-kyung of The Odd Family: Zombie on Sale (2019) plays his younger sister. Veteran star LEE Sung-min (The Man Standing Next, 2020) also features as Joon-kyung’s father, the conductor of the train that passes through the station-less village who shares his son’s dream. The people of the village come together to establishe a private station, the first of its kind, as well as the country’s smallest. by pierce conran

In the midst of the COVID-19 pandemic, the word is in a state of a chaos, and within that chaos lives Ju-ri (SHIM Dal-gi), a 25-year-old woman dealing with the beginning stages of depression as she is stuck at home and cut off from all of her relationships. Her mother Young-shim struggles to keep her kimbap restaurant afloat during the pandemic recession but one day Young-shim is forced to go visit her own sick mother and leaves Ju-ri in charge of the shop. But in her fragile state, is Ju-ri up to the task?

Rolling debuted in the Korean Competition section of the Jeonju International Film Festival earlier this year and marked the second directorial outing of Jeonju native KWAK Min-seung, following his debut Lunch Crunch (2020). KWAK previously made the well-receive short films Mirae (2013), which received prizes from the Seoul Independent Film Festival and Great Short Film Festival, and Lucky Ball (2015), which was selected as the opening film of the Seoul Independent Film Festival in 2015. Leading the cast is the rising actress SHIM Dal-gi, who has made her presence felt in indie works such as Snowball (2021) as well as the Netflix drama series The School Nurse Files. by pierce conran 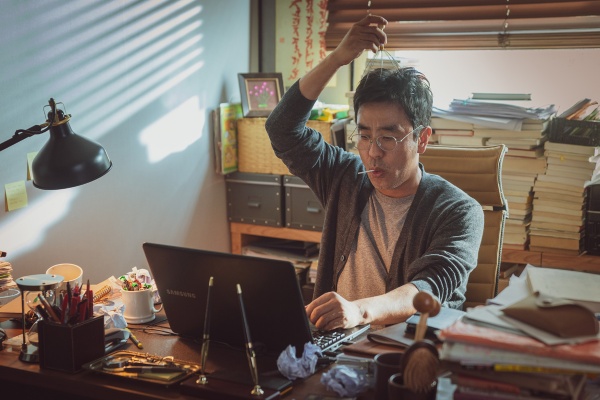 Character actress CHO Eun-ji, who as played memorable roles from IM Sang-soo’s Tears (2000) all the way to JUNG Byung-gil’s The Villainess (2017) has also been forging a path for herself as a director. CHO earned a special jury prize at the Mise-en-scène Short Film Festival for her short film 2 Nights and 3 Days and has now graduated to the commercial realm. Her debut feature, the romantic comedy Not on the My Lips, has assembled an all-star cast including actor RYOO Seung-ryong and OH Na-ra of hit TV show SKY Castle.

RYOO is no stranger to comedy, having led hits such as Miracle in Cell No. 7 (2013) as well as Extreme Job (2019), the second highest grossing Korean film of all time. Though more recognizable from her TV work, OH has appeared in several films, including The Spies (2012) and Because I Love You (2017). The film also features KIM Hee-won (The Merciless, 2017) and LEE Yoo-young (Diva, 2020).

The romcom follows a best-selling writer called Hyun who has found himself in a slump for the past seven years. Just when he’s reached his lowest point, he meets Yoo-jin, an aspiring writer. CHO’s film will chronicle an unusual romance about two characters whose professional and private lives keep intersecting at awkward turns. by Pierce Conran 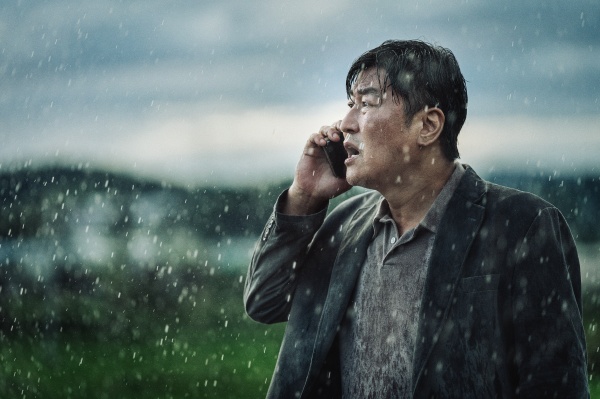 Police detective Inho (Song Kangho) finds out that a bioterrorist is on board of a plane and is about to contaminate all the passengers with a new deadly and highly infectious virus of his creation, and to make matters worse, the flight in question turns out to be the KI591, the very same flight Inho’s wife  has boarded. Among the other passengers is Jaehyuk (Lee Byunghun), who tries to overcome his aversion for planes to escort his daughter to the States so she can receive a more advanced treatment for her eczema. When a man goes into convulsion and dies soon after takeoff, it appears clear that everybody has already been infected.

The director of The Face Reader put together a star-studded cast led by PARASITE star Song Kangho and Lee Byunghun, best known for playing T-1000 in Terminator: Genisys (2015), complete with Jeon Doyeon, who already met Song in Secret Sunshine (2007) et Kim Namgil in The Shameless (2015). by Fabien Schneider 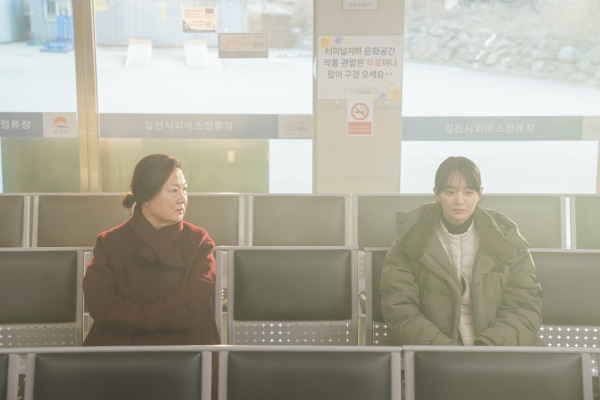 Bokja (Kim Haesook) has already been dead for quite some time, but she has received special authorization for a short trip back on Earth. She decides to visit her daughter Jinjoo, who, the last time she saw her, was a university professor teaching abroad. To her surprise, she finds Jinjoo in Korea, living in her old house and running her own restaurant. As she spends more time observing her, Bokja comes to realize that she had misjudged the complex feelings her daughters had for her and tries to make up for it.

This film comes from Yook Sanghyo, who started out in the film industry as an screenwriter who penned the award-winning scripts for He’s on Duty (2010) and Inseparable Bros (2018), both of which he also directed. Veteran actress Kim Haesook, seen in Park Chanwook’s The Handmaiden (2016) and the historical courtroom drama Herstory (2017), meets Shin Minah, who recently made her comeback with Diva (2020). by Fabien Schneider 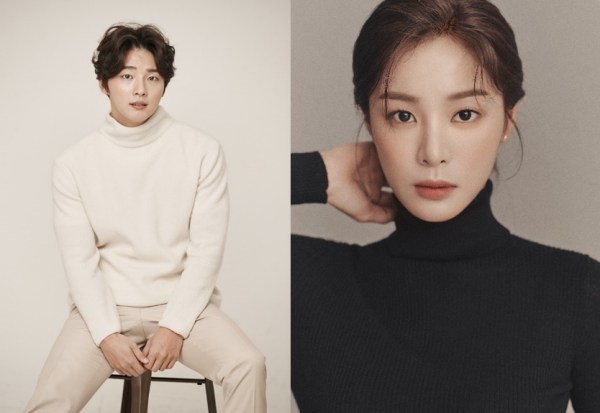 Love ; Chemistry is the sophomore work of director LIM Sung-yong, who recently debuted with the low-budget thriller The Faceless Boss (2020). LIM previously worked as an assistant director on a variety of projects, including the heartwarming drama Father’s Love (2011), the romantic comedy Campus S Couple (2014) and the thriller Search Out (2020).

LIM’s latest film concerns a gangster who has led a dark and violent life and whose actions eventually landed him in the slammer, where he was forced to carry out a 12 year sentence for his crimes. At the issue of his time in jail, the gang leader comes out with a new perspective on life and makes good on a plan to set up a restaurant. His eatery serves kalguksu, literally 'knife-cut soup noodle’, a popular and hearty Korean comfort food that warms one’s bones in the cold winter months. Things start out relatively smoothly at first, but his establishment, which he runs with the help of the minions in his gang, soon starts to experience some significant ups and downs.

Leading the cast as gang leader is YOON Si-Yoon, not seen on the big screen since Mr. Perfect in 2014, but very active in drama series, while is love interest is played by Seor Ina, who recently appeared in the hit TV shows Record of Youth and Mr. Queen. by pierce conran