Nov 05, 2019
The Rising Fortunes of Korean Cinema in the US Box Office Market 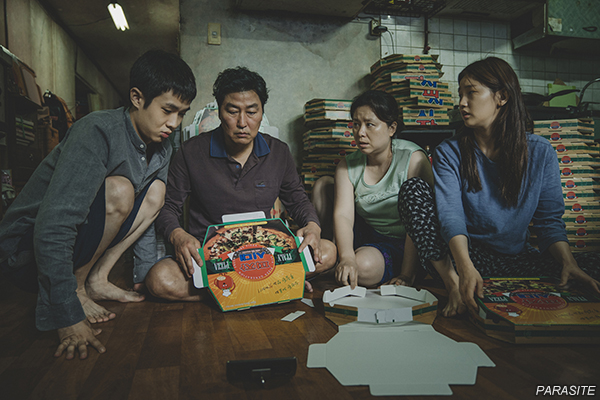 Months after its premiere at the Cannes Film Festival, where it became the first ever Korean film to walk away with the coveted Palme d’Or prize, BONG Joon-ho’s PARASITE continues to gain traction overseas as it begins its theatrical releases in several western markets, after already conquering Asian cinemas in the spring. Last Wednesday, during its third week in theaters, the film became the top-grossing Korean film of all time in the United States, surpassing the USD 4.56 million record by BONG’s own Snowpiercer in 2014. By the end of its fourth weekend in the market, the film, which is being distributed there by NEON, has swelled to USD7.55 million as it continues to add theaters and approach the mainstream.
PARASITE’s success can be attributed to several factors, including the exposure created by the Palme d’Or, BONG’s growing international reputation thanks to Snowpiercer and his Netflix film Okja (2017), NEON’s dedicated marketing and the film’s zeitgeist appeal as a well-made and surprising film tackling a popular global subject, but it has also built on the back of the steadily growing successes of several Korean films in the US market, not to mention other international territories.
Over a hundred Korean films have been released in America since the year 2000 and to date 17 of those have crossed the USD 1 million threshold, nine of which have done so since the summer of 2016. The first major Korean release in the US was another Cannes Film Festival competition selection, IM Kwon-taek’s period drama Chunhyang. The film was a surprising success with USD 799,000 in gross receipts, which may have been bolstered by the historical success of Ang LEE’s Chinese-language period martial arts epic Crouching Tiger, Hidden Dragon, released three weeks earlier, which became far and away the best-selling foreign language film of all time in America with USD 128.08 million.
Chunhyang came out in America just as Korean films were starting to become known overseas, and the Korean film industry was beginning to turn into the giant it would become. In those early days of Korean film distribution in the West, most of the titles that came were arthouse films and the next major success would be KIM Ki-duk’s Spring, Summer, Fall, Winter And Spring (2003), which earned USD 2.38 million in 2004 for Sony Pictures Classics. 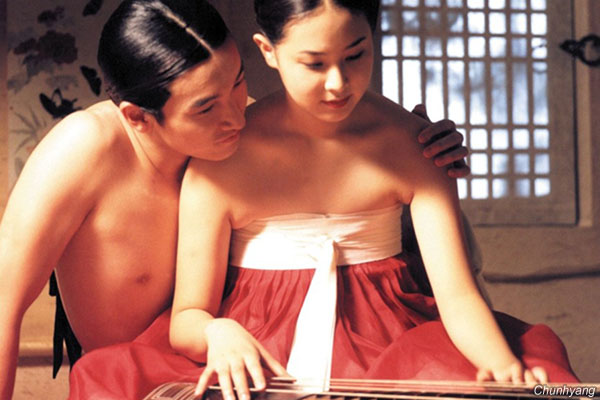 As the blockbuster era came to Korea, so too did it make an impact overseas, with the next million-dollar grosser coming a few months later that same year with the release of the Korean War epic TaeGukGi: Brotherhood Of War (2004), which mustered a strong 1.11 million. Two years later, Magnolia scored a significant hit with BONG Joon-ho’s monster film The Host, which grossed USD 2.2 million.
A period of stagnation then followed both for Korean films at home and foreign films in general in America, as major US arthouse distributors began to shun Korean titles. Things took a turn again when the business model changed the following decade as major Korean titles began to either be released by the largely Asian specialty distributor Well Go USA, or through CJ Entertainment, either through the direct distribution of their own titles or by occasionally handling marquee titles by other Korean distributors.
While CJ and Well Go were fine-tuning their release strategies, the next breakout proved to once again be BONG Joon-ho with his English-language (but Korea-financed) sci-fi opus Snowpiercer. However, as widely reported, the film was originally expected to receive a wide release from The Weinstein Company but differences in opinion over the final cut between Harvey WEINSTEIN and director BONG resulted in the unaltered version of the film receiving a cut-down release with a parallel VOD release window through Weinstein subsidiary RADiUS-TWC. Nevertheless, the film handily topped all Korean films that had come before in America, eventually earning USD 4.56 million in cinemas. 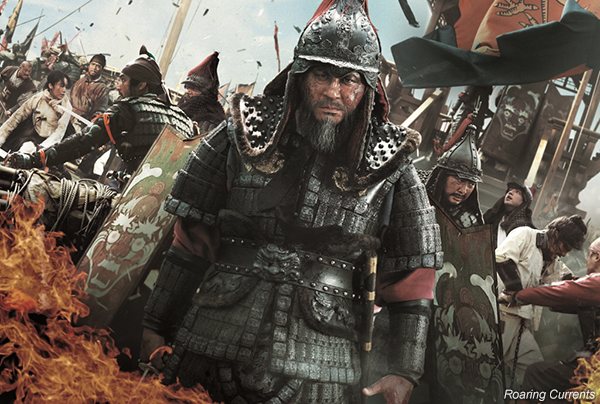 Just two months later, CJ Entertainment finally broke through when their period war epic Roaring Currents followed its stellar performance at home, where it remains the top-selling film of all time with over 17 million tickets sold, by breaking Spring, Summer, Fall, Winter And Spring’s record for a Korean-language film on its way to a USD 2.59 million haul. CJ once again scored a hit at the end of the year with the epic drama Ode to My Father, which earned USD 2.3 million.
The next few years saw CJ and Well Go each score several one-million plus grossers. 2015 welcomed Assassination (Well Go USA – USD 1.9 million) and Veteran (CJ Entertainment, USD 2 million), TRAIN TO BUSAN (Well Go USA - 2.13 million) and The Handmaiden (Magnolia, distributing on behalf of Amazon Studios – USD 2.01 million) followed in 2016, 2017 welcomed A Taxi Driver (Well Go USA – USD 1.53 million), The Battleship Island (CJ Entertainment – USD 1.1 million), Operation Chromite (CJ Entertainment – USD 1.02 million) and Along with the Gods: The Two Worlds (Well Go USA – USD 1.91 million), while Along with the Gods: The Last 49 Days (Well Go USA – USD 1.2 million) was the standout of 2018. CJ also scored with Extreme Job, which earned USD 1.57 million early in 2019.
All of this of course leads us to the current box office bonanza of PARASITE, which just grossed USD 2.63 million during its fourth weekend in the market. After already grossing USD 72.27 million at home and breaking all kinds of records in places like France, where it grossed a staggering USD 11.94 million, the Palme d’Or winner rode in to America on a wave of anticipation. NEON launched the film in just three theaters on October 11, where it earned USD 384,216 during its opening weekend, giving it by far the best ever per-theatre launch of any foreign film (more than doubling Ang LEE’s Lust, Caution, which debuted in just one cinema in 2007) and the best PTA average for any film since La La Land in 2016. 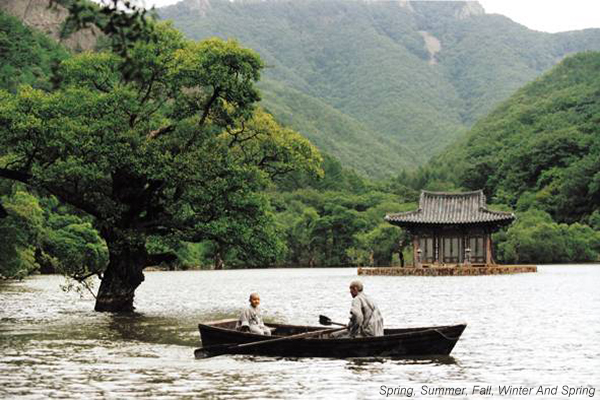 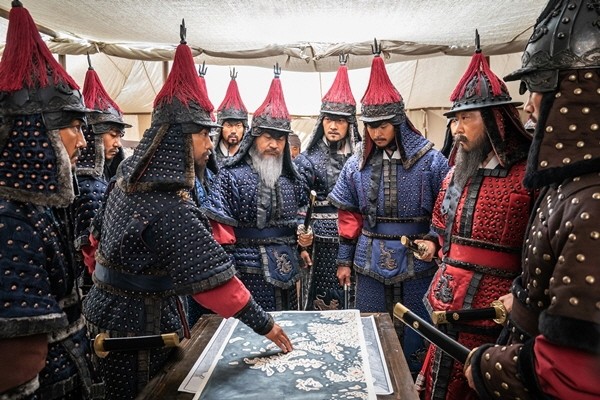 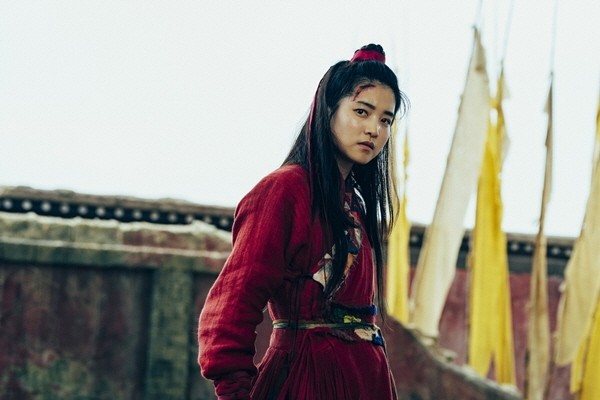 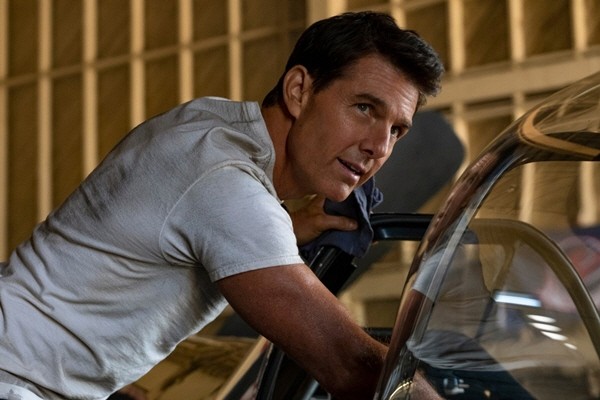 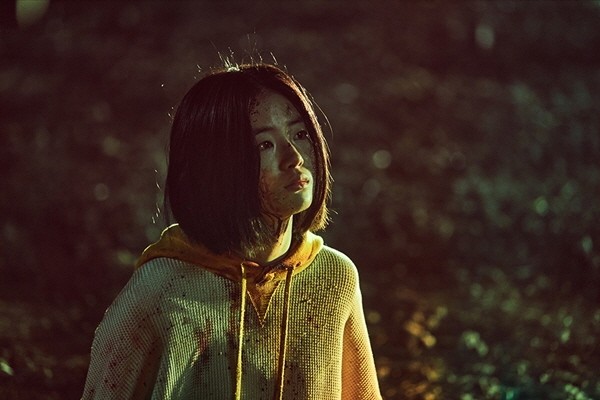