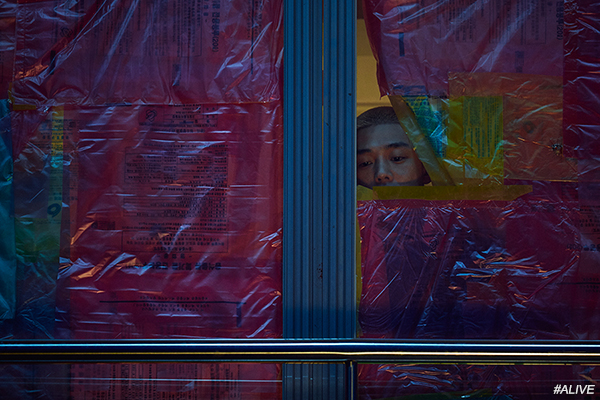 With no major new releases, tickets sales dropped over 20% compared to last week, with 346,000 admissions counted over the past weekend. The local industry managed to hold on to a slim majority with a 52% share of sales. Both of those figures are expected to rise significantly this coming weekend as the season’s biggest local title looks set to dominate the charts.
The local zombie hit #ALIVE continued to storm the charts as it scored its third consecutive first place finish over the last weekend. Slowing 47%, the film added 137,000 entries (USD 1.03 million), raising its total to a robust 1.78 million admissions (USD 12.59 million) to date.
The top new offering of the weekend was the American #MeToo drama Bombshell, which filled 63,000 seats (USD 465,000) during its debut, with 93,000 sales (USD 664,000) counted over its first five days.
Still a presence on the charts during its fifth weekend was the local film Innocence, which slowed 46% as it dropped to third place. The legal drama welcomed 25,000 viewers (USD 186,000), lifting its haul to 853,000 entries (USD 6.28 million).
Slipping just 37% during its fourth weekend in theaters was Pixar’s Onward, which added another 22,000 viewers (USD 159,000). The animation has now accumulated 377,000 admissions (USD 2.71 million).
Rounding out the top five was the re-release of The Dark Knight Rises with 15,000 sales (USD 101,000). Lifetime admissions for the final instalment in Christopher NOLAN’s Batman trilogy are now 6.42 million.
Business came roaring back in a big way when #ALIVE opened last month but even bigger numbers are expected with the release of the summer’s flagship title, the horror-action tentpole Peninsula. As of Monday morning, the TRAIN TO BUSAN (2016) sequel is leading the reservations chart with a 77% market share and around 100,000 tickets presold, ahead of its Wednesday launch.
Any copying, republication or redistribution of KOFIC's content is prohibited without prior consent of KOFIC.
Related Films Related News