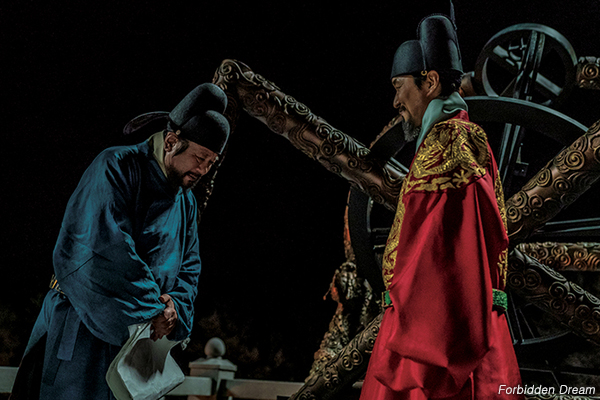 The first weekend of 2020 was dominated by titles from the end of last year, particularly local films which accounted for 67% of all sales. Overall, 1.87 million tickets were sold over the three-day period.
Taking its third weekend crown was the local disaster action-drama smash ASHFALL with HA Jung-woo and LEE Byung-hun. The film slowed 53% as 565,000 new viewers (USD 4.27 million) were recorded, pushing its total to a powerful 7.48 million admissions (USD 54.3 million).
Sticking around in second place after a slight 38% slide was the well-received period bromance Forbidden Dream with CHOI Min-shik and HAN Suk-kyu. The HUR Jin-ho drama added 343,000 sales (USD 2.55 million), pushing its 11-day total to 1.61 million entries (USD 11.47 million).
The Hollywood World War II drama Midway kicked off with 306,000 spectators (USD 2.33 million) during its debut weekend with 670,000 seats (USD 4.99 million) filled over its first six days.
The comedy-drama START-UP kicked up another 264,000 sales (USD 2 million) after dropping 43% in its third weekend. To date, the film has welcomed a robust 3.04 million admissions (USD 22.07 million).
The Disney smash hit animated film Frozen 2 sold another 113,000 tickets (USD 849,000), raising its haul to 13.59 million (USD 97.39 million), the sixth highest total ever for any film in the Korean market.
Star Wars: The Rise of Skywalker is finally opening in Korea this week, two weeks after most of the world and with very little fanfare, though with little competition in its way it may score a first place debut. Also opening will be the Robert DOWNEY Jr. vehicle Dolittle.
Any copying, republication or redistribution of KOFIC's content is prohibited without prior consent of KOFIC.
Related People Related Films