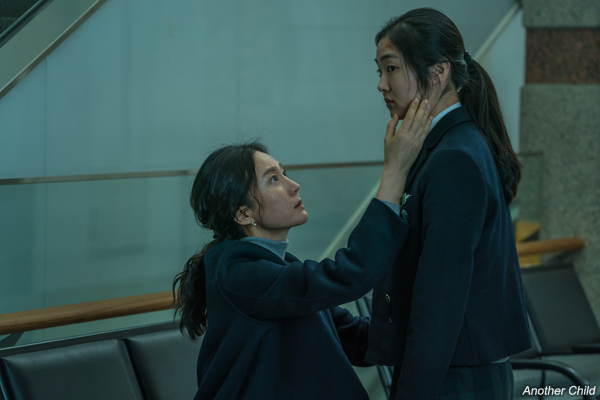 Despite a number of new releases, cherry blossoms and the prospect of bigger offerings in the very near future put a damper on the box office this past weekend with sales dropping about 25% week-on-week as 1.04 million admissions were recorded over the frame. The local market share posted a marginal gain, rising to 43% during the period.
Moving up to first place after its second place debut last week was the critically-acclaimed Sewol-themed drama Birthday with JEON Do-yeon and SUL Kyung-gu. The film was off just 17% as it welcomed 231,000 viewers (USD 1.75 million), raising its total to 762,000 admissions (USD 5.65 million). Word-of-mouth appears to be strong on the film, which still has a week and change to take advantage of its healthy rank on the charts, before Avengers: Endgame begins to suck up most of the theaters in town.
The Neill MARSHALL-directed reboot of Hellboy fared much better with critics and viewers in Korea compared to its US debut, but it still struggled to find a major audience, with just 156,000 spectators (USD 1.23 million) opting to check it out on opening weekend. In five days, the film has sold 220,000 tickets (USD 1.69 million) and seems unlikely to build significantly on that total.
Kicking off its run in third place was another critically-acclaimed local drama, Another Child, the directorial debut of popular star KIM Yun-seok. The film opened with just 114,000 entries (USD 893,000) over the weekend, with a total of 142,000 seats (USD 1.1 million) since Wednesday, but with strong reactions the film appears set to welcome a steady audience throughout the rest of the month.
Down to fourth place in its fourth weekend was the local financial thriller hit Money, which slowed 60% as it collected another 93,000 viewers (USD 730,000 million) for a robust new total of 3.3 million sales (USD 24.85 million).
Failing to catch on in Korea was the DC Comics title Shazam!, which tumbled 83% and four spots in its second week, reaching 59,000 new spectators (USD 463,000 million) for a total of 637,000 admissions (USD 4.92 million) to date.
A couple of small releases are shuffling into theaters this week, including the local drama A Diamond in the Rough, but this weekend will be the calm before the storm as Avengers: Endgame is expected to debut to enormous numbers on April 24.
Any copying, republication or redistribution of KOFIC's content is prohibited without prior consent of KOFIC.
Related People Related Films Related News