TAKE POINT Fails to Take the Lead from AQUAMAN 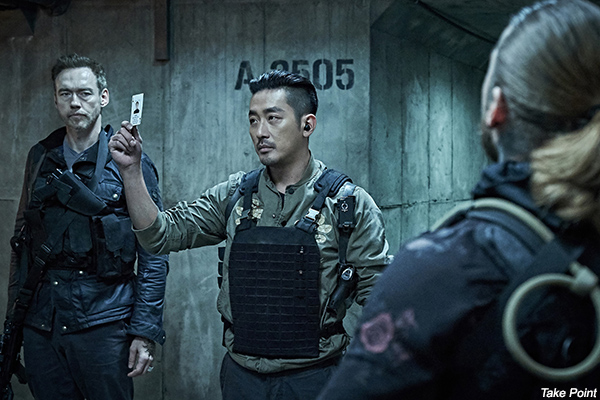 A year of mixed fortunes at the box office ended on a down note as several titles failed to break through during a weak end-of-year period. Local titles struggled badly with only a 39% market share (compared to 90% this time last year) while admissions were down almost 10% from last week to 2.77 million, which was a far cry from the 4.6 million admissions weekend that closed out 2017.
Leading the weak field was a repeat win for the DC Comics tentpole Aquaman which slowed just 15% as it welcomed another 821,000 spectators (USD 6.65 million) to theaters, giving it a sturdy 3.2 million viewers (USD 25.28 million) to date. As no other title has emerged as a contender in what should have been a busy holiday marketplace, the Warner Bros title has every opportunity to add significantly to its haul.
After topping the charts for its first three days, the action-thriller Take Point led by HA Jung-woo finished the weekend in second place with 642,000 entries (USD 5.18 million). That gives the CJ Entertainment film 1.01 million sales (USD 7.52 million) in five days and, given the film’s poor word of mouth, it may struggle to reach another milestone.
After a massive Christmas Day opening, Transformers spinoff Bumblebee quickly lost ground and finished its debut weekend in third place with 368,000 seats filled (USD 2.9 million). After its initially strong start, that gives the Paramount title 1.06 million sales (USD 7.99 million) in its first official six days (though it also screened widely in previews on Christmas Eve).
Once again performing the impossible, Bohemian Rhapsody, which opened in October, managed to leapfrog several of last week’s tentpoles to claim fourth place after dropping just 16%. With another 256,000 entries (USD 2.1 million) recorded, the sensation has now reached 9.12 million viewers (USD 71.2 million) and stands a chance of reaching the famous ten million viewers milestone.
After losing many of its screens and most its prime showing times after its slow start last week, Swing Kids was down two spots and 50% as it sold another 182,000 tickets (USD 1.41 million). User scores remain very positive but the Next Entertainment World title from hitmaker KANG Hyoung-chul has amassed just 1.2 million admissions (USD 8.83 million) in 12 days.
New offerings for the first weekend of the year are quite light, with just Hollywood animation Ralph Breaks the Internet and local female revenge action-thriller No Mercy getting a wide release.
Any copying, republication or redistribution of KOFIC's content is prohibited without prior consent of KOFIC.
Related People Related Films Related Company Related News