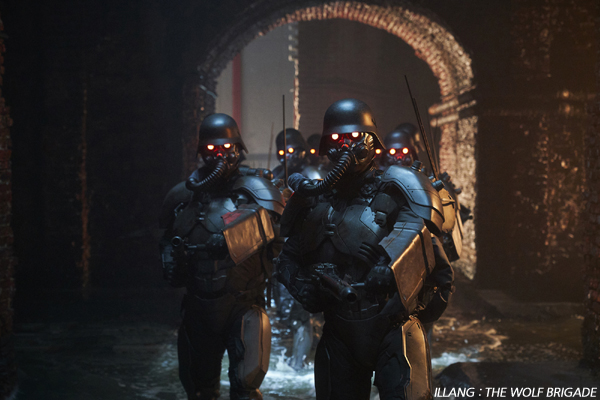 The high summer season kicked off in impressive fashion with a strong 3.58 million spectators recorded over the three-day weekend. This was largely down to a beloved franchise scoring its best-ever debut in the market, while a major local title had an unexpectedly low start on the chart. Hollywood held on to its market edge by clinching 81% of sales.
Mission: Impossible - Fallout set a franchise record for the Tom Cruise-led series by opening with a spectacular 2.3 million viewers (USD 18.71 million) over the weekend, while already 3.3 million spectators (USD 25.11 million) have snatched up tickets since its Wednesday launch. With terrific reviews and word of mouth, the film is in a good position to set an overall series record, for which it would need to top the 7.5 million entries accrued by 2011’s Mission: Impossible: Ghost Protocol.
Down one spot and 58% was the animated hit The Incredibles 2, which added 491,000 sales (USD 3.65 million) to push its total to a healthy 2.26 million admissions (USD 16.81 million).
Despite high expectations, KIM Jee- THE WOLF BRIGADE, the live-action remake of the Japanese anime Jinroh: The Wolf Brigade, had a disappointing debut in its local market. After opening with a reasonably healthy 275,000 viewers (USD 1.69 million) on opening day, mixed audience reactions started to erode the film’s sales and the film dropped from second to third and ultimately garnered just 363,000 entries (USD 2.9 million) on its opening weekend, with 759,000 tickets (USD 5.29 million) in total over five days.
Also opening was the animation The Haunted House: The Secret of the Cave, which debuted with 242,000 admissions (USD 1.7 million) over the three-day period and a total of 319,000 sales (USD 2.17 million) over its first five days.
Ant-Man and the Wasp remained in the top five as it shed most of its theaters and banked another 57,000 (USD 443,000) viewers, raising its total to a strong 5.41 million admissions (USD 42.25 million).
While Tom Cruise will be sure to draw in more crowds in the coming week, the top spot is destined to go to Along with the Gods: The Last 49 Days, which is on pace for a potentially record-setting bow on Wednesday.
Any copying, republication or redistribution of KOFIC's content is prohibited without prior consent of KOFIC.
Related People Related Films Related News