THE MAZE RUNNER Finds Way to Top of the Charts 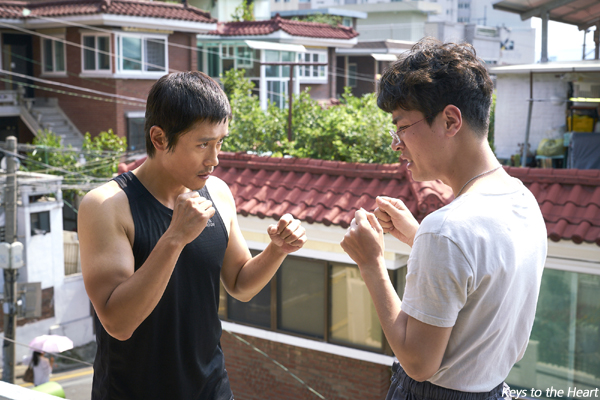 Last year’s end-of-year titans finally relinquished their hold on the top of the chart to make way for new releases as a Hollywood film topped the rankings for the first time since Justice League in late November. It was also the first time Korea fell short of a majority share since that same weekend, accounting for 48.5% of sales. All told, 3.09 million tickets were sold during the frame, with Hollywood snatching a 50.1% majority.
The Maze Runner: The Death Cure, the third and final installment in the Maze Runner film series, posted a slim franchise-best opening with 869,000 tickets (USD 6.98 million) sold during its opening weekend. In five days, the young adult sci-fi title has brought in 1.27 million viewers (USD 9.89 million). Both of the previous films in the series have come close to the three million admissions mark.
CJ Entertainment came in second place with its first title of 2018, the family comedy Keys to the Heart with LEE Byung-hun and PARK Jung-min. The heartwarming film debuted with 648,000 entries (USD 5.1 million) and has banked 911,000 spectators (USD 7 million) since Wednesday.
Staying flat in third place after a slight 22% drop was Disney-Pixar’s animation Coco. With another 566,000 tickets (USD 4.24 million) shifted, its total has risen to a strong 1.8 million admissions (USD 13.46 million).
After ascending to the top spot last week, 1987: When the Day Comes, also a CJ title, finally lost steam by falling 55% and three spots. With another 465,000 entries (USD 3.68 million) the sleeper hit has so far drawn 6.67 million viewers (USD 50.23 million). In a few days, the political drama should overtake THE OUTLAWS to become the fourth most successful Korean film released in 2017.
Along with the Gods: The Two Worlds remained a presence on the charts during its fifth week, adding 363,000 viewers (USD 2.83 million) to bring its total to a staggering 13.54 million admissions (USD 101.7 million). The fantasy epic crossed James Cameron’s Avatar and RYOO Seung-wan’s Veteran (2015) over the weekend to become the third most successful film of all time in the Korean market, behind only Roaring Currents (2014) and Ode to My Father (2014).
Liam Neeson vehicle Commuter enters theaters on Wednesday during what might be a slow week ahead of next week’s Psychokinesis launch, the first of the Lunar New Year titles this year.
Any copying, republication or redistribution of KOFIC's content is prohibited without prior consent of KOFIC.
Related People Related Films Related Company Related News