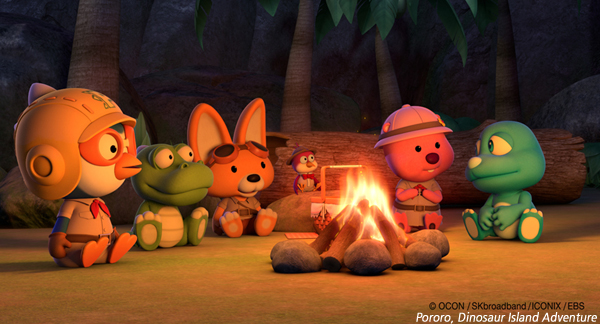 Despite no change to the first two ranks at the box office, business remained almost same level with last week as another 1.8 million cinema seats were filled over the weekend. Local titles, which held the top three spots, remained the strongest draw with a 61% market share and seem poised to continue to dominate throughout December with several major blockbusters booked for the coming weeks.
Showbox’s grifter hit The Swindlers became the fourth film this year to top the charts for three week in a row (following Beauty and the Beast, A Taxi Driver and Thor: Ragnarok) after dipping 38%. With another 418,000 viewers (USD 3.17 million) during the three days, the film has now reached a stellar 3.72 million spectators (USD 26.63 million).
Slowing only 21% in its sophomore frame was the mystery-thriller Forgotten from Megabox Plus M. Adding 310,000 sales (USD 2.33 million), the KANG Ha-neul vehicle has now topped 1.11 million entries (USD 7.82 million).
Opening in third place was Pororo, Dinosaur Island Adventure, the latest version of the popular children’s show, with 298,000 admissions (USD 2.1 million). In four days the film has sold 323,000 tickets (USD 2.27 million).
The Japanese animation Mary and the Witch’s Flower wasn’t far behind as it debuted in fourth place with 267,000 viewers (USD 1.93 million) over the weekend and 309,000 spectators (USD 2.22 million) since Thursday.
Down two spots and 57% to close out the top five was the star-studded mystery adaption Murder on the Orient Express as it filled another 144,000 seats (USD 1.09 million). To date the film has welcomed 773,000 visitors (USD 5.46 million).
Loving Vincent topped the limited release chart for a fourth consecutive weekend, down just 31% as it added another 25,000 viewers (USD 192,000), giving it a strong 325,000 admissions (USD 2.36 million) haul.
This week will see the release of the local North Korean action-drama Steel Rain and the Hollywood tentpole Star Wars: The Last Jedi, which should both mobilize strong crowds.
Any copying, republication or redistribution of KOFIC's content is prohibited without prior consent of KOFIC.
Related People Related Films Related Company Related News