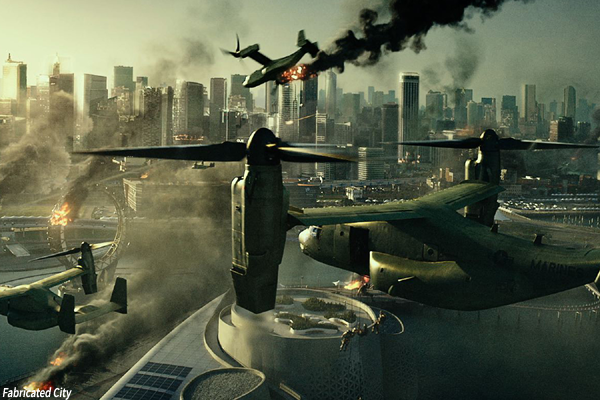 Business remained level with last week as the Lunar New Year titles finally ceded the top spot on the chart to a new release. Local films were the top draw with a two third share of the 2.4 million entries recorded over the frame.
CJ Entertainment remained in first place over the mid-February weekend, but they did so with a new title Fabricated City, the long-awaited comeback work of Welcome To Dongmakgol (2005) filmmaker PARK Kwang-hyun. The framed gamer action-thriller solidly planted its flag on top of the chart with 895,000 tickets (USD 6.53 million) and 1.07 million viewers (USD 7.69 million) over its first four days.
Down to second in its fourth week after easing 48% was North Korean spy action-comedy Confidential Assignment, adding 543,000 viewers (USD 4.03 million) to its haul. After a month in theaters, the hit has drawn 7.26 million spectators (USD 51.82 million).
xXx: Return of Xander Cage opened in third place with 255,000 entries (USD 1.94 million) over the frame and 368,000 viewers (USD 2.72 million) since Wednesday.
Down two spots and 72% was the local prosecutor drama The King, which added 114,000 more viewers (USD 838,000) for a total of 5.27 million spectators (USD 37.63 million).
Closing out the top five was Hollywood sci-fi Arrival, which tumbled 69% in its second week after failing to catch on in the market like other recent major sci-fi imports such as Interstellar and The Martian. The film added 89,000 entries (USD 682,000) and has sold 564,000 tickets (USD 4.05 million) in total.
Fifty Shades Darker bowed just outside of the top five with 84,000 viewers (USD 649,000) in sixth place and 109,000 spectators (USD 817,000) in four days. That was less than half of its predecessor's opening score two years ago.
While business is unlikely to grow significantly, the top of the chart should get business this coming weekend with local judicial drama New Trial and Chinese blockbuster The Great Wall going up against the CJ Entertainment titles in the second and fifth weeks.
Any copying, republication or redistribution of KOFIC's content is prohibited without prior consent of KOFIC.
Related People Related Films Related Company Related News