Jun 29, 2016
Disappointing Start for THE TRUTH BENEATH 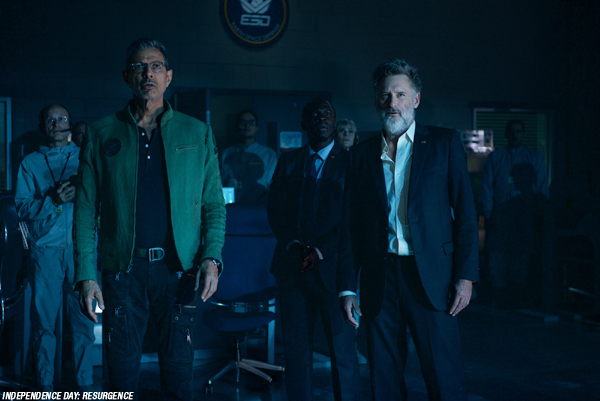 A 20-year-in-the-making sequel topped the Korean box office to close out the first half of the year. The Hollywood title helped the US maintain their edge as American films accounted for almost 70% of sales, which totalled 2.04 million admissions during the frame.
Following the 1996 summer hit Independence Day, sequel Resurgence managed to top the charts in Korea during its opening weekend. However, with 699,672 viewers (USD 5.3 million) and 986,474 admissions (USD 7.29 million) since its Wednesday bow, it was one of the lower openings for a tentpole this season. Poor reviews and middling audience responses seem to indicate that the film has failed to connect with local viewers.
Slipping 43% and one spot was Disney’s The Jungle Book, which added 350,566 spectators (USD 2.47 million) to lift its haul to a stellar 2.22 million admissions (USD 16.02 million) after two and a half weeks in theaters.
Local thriller Proof of Innocence declined 45% in its second frame, for another 237,966 viewers (USD 1.7 million). The film has now squeaked past the one million admissions (USD 6.84 million) mark and may yet reach 1.5 million.
Another third week holdover, Hollywood horror sequel The Conjuring 2 saw its take slashed in half as it wrangled another 204,807 moviegoers (USD 1.5 million). The film is already a hit, have accrued 1.64 million admissions (USD 11.39 million).
Closing out almost a month in theaters was PARK Chan-wook’s The Handmaiden, which added 155,199 viewers (USD 1.13 million), which helped it edge past the four million admissions (USD 28.23 million) mark.
Opening in a disappointing sixth place was LEE Kyoung-mi’s new thriller The Truth Beneath, with SON Ye-jin. The film managed 137,165 admissions (USD 1 million) over the weekend and 193,727 viewers (USD 1.35 million) since its Thursday bow. Despite very strong reviews the CJ Entertainment title may have suffered from an awkward release date and coming in the wake of several successful and equally stylish local thrillers, such as THE WAILING and The Handmaiden.
The Hunt, another local thriller, and Familyhood, a comedy vehicle for KIM Hye-soo, will open this week along with Legend of Tarzan.