PARK Chan-wook Serves Up 1st Place with THE HANDMAIDEN 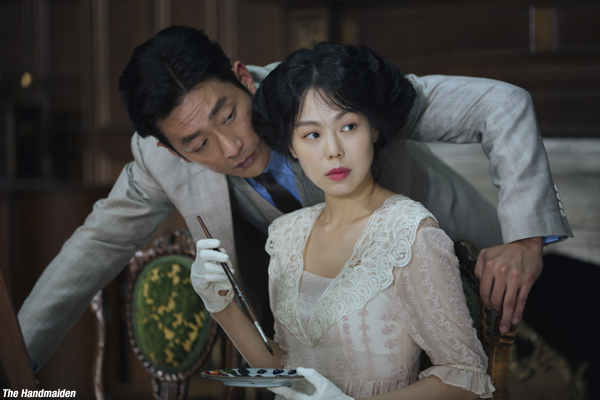 PARK Chan-wook’s new film The Handmaiden, his first film in Korea since 2009 and his third Cannes Competition invitee, opened in first place at the Korean box office, affording the Korean cineaste his biggest ever opening. The period thriller boosted the Korean share of the market to 63% during a busy early June weekend that saw 1.71 million spectators shuffle into viewers.

The Handmaiden, which is based on a lesbian thriller novel by Sarah Waters and was transposed from the Victorian Era to the Colonial Era in Korea and Japan, opened with 1.26 million viewers (USD 9.31 million) over the weekend, 1.82 million admissions (USD 12.96 million) since its Wednesday debut. The film has been a hit with critics and outstripped the debuts of his previous successes Joint Security Area /JSA (2000), Old Boy (2003) and Thirst (2009).

Dropping a hefty 55% in its sophomore outing was X-Men: Apocalypse, which added another 530,050 spectators (USD 4.01 million). The film has already brought in 2.5 million moviegoers (USD 17.89 million), below the previous installment in the comic book franchise at the same point.

In its fourth weekend, local hit thriller THE WAILING from NA Hong-jin dipped 41% down to 374,200 spectators (USD 2.71 million). Though it’s cooling down, the well-reviewed chiller has already drawn 6.29 million admissions (USD 43.88 million).

PARK’s latest has been getting decent word of mouth but will have to content with both The Jungle Book and Warcraft, which open on Thursday.