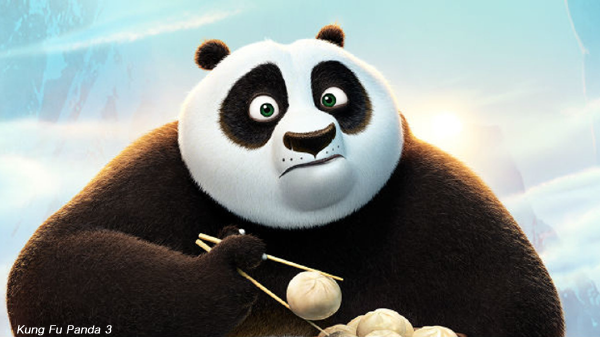 Following the freezing temperatures of the previous week, business picked up over the weekend, increasing almost 40% to 2.19 million admissions. With the release of the hotly anticipated Kung Fu Panda 3, America had a significant viewer share advantage, capturing 78% of the market.
Though it didn’t open quite as high as its 2011 predecessor, Kung Fu Panda 2, which was directed by Korean-American Jennifer YUH Nelson, proved a strong draw in late January, pulling in 1.38 million viewers (USD 9.11 million) over the three-day weekend and 1.6 million viewers (USD 10.51 million) overall. With the Lunar New Year holiday coming up next week, the animated hit will be hoping to catch up with Kung Fu Panda 2’s 5.06 million admissions (USD 40.2 million) final tally.
Far less impressive in its debut was Lotte Entertainment’s local drama SORI: Voice from the Heart, with LEE Sung-min, which mustered just 179,466 viewers (USD 1.13 million) over the weekend and 298,454 spectators (USD 1.82 million) in its first five days. However, audiences seem to be enjoying the film, so its fortunes could change during the Lunar New Year, though competition is stiff.
Close behind in third place was local Korean War melodrama A Melody to Remember which, following a 55% decline, was unable to recover from its lacklustre debut. The title added 177,572 viewers (USD 1.14 million) over the weekend for a new total of 907,872 admissions (USD 5.7 million).
After two weeks on top, Leonardo DiCaprio’s highly-touted Oscar survival pic The Revenant saw its take slashed by 57% for a 177,182 viewer three-day (USD 1.2 million), which brings its tally to a solid 1.88 million spectators (USD 12.52 million). In fifth place was The Big Short, diminishing 40% as it sold 85,310 tickets (USD 606,174) in its second outing. The financial meltdown pic has so far accrued 351,293 viewers (USD 2.36 million).
Though Kung Fu Panda 3 is expected to hold well this coming weekend, it will face competition from the holiday season’s major local offering, the comedy-thriller A Violent Prosecutor, featuring HWANG Jung-min and GANG Dong-won, both of whom are coming off huge hits.
Any copying, republication or redistribution of KOFIC's content is prohibited without prior consent of KOFIC.
Related People Related Films Related Company Related News