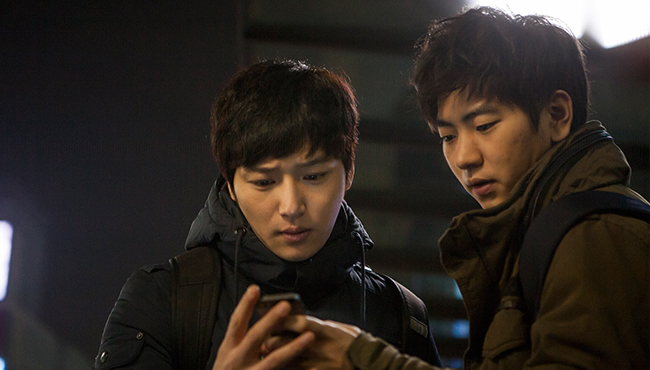 Socialphobia which was released on March 12th is gaining much attention as the second Han Gong-ju. Within three days of its release, the film had accrued 111,829 audiences on March 14th, making a record as the fastest independent film to go past the 100,000 mark. On March 23rd, the film recorded 240,142 in ticket sales, showing a better performance than My Love, Don’t Cross that River. It already beat the record set by Han Gong-ju which was at 225,566 and is making new records as an independent film. As of March 30th, the cumulative admissions count stands at 247,201.
This product of Korean Academy of Film Arts and the debut feature of director HONG Seok-jae took approximately USD 200,000 to make. After bypassing the admissions count of 100,000, the film has already went over the break even point by two folds. In Socialphobia, a witch hunt is organized online and a woman dies because of it while two men go in search of finding out the truth behind her case. The film won the director’s guild award and the NETPAC award at last year’s Busan International Film Festival as well as the audience and actor awards from the 40th Seoul Independent Film Festival. The strong performance of Sociaphobia is expected to continue for the next little while.
Any copying, republication or redistribution of KOFIC's content is prohibited without prior consent of KOFIC.
Related People Related Films Related Company