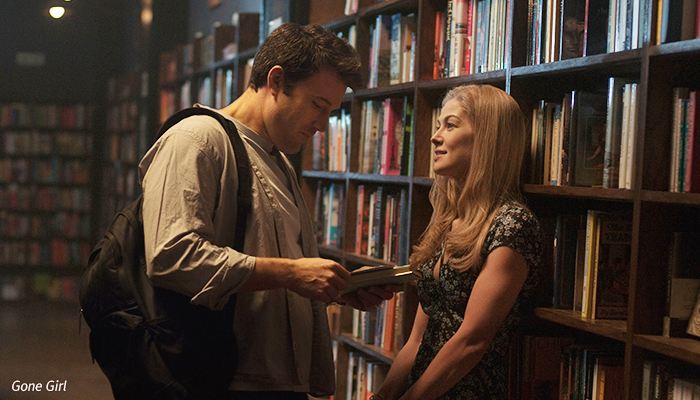 Cold weather hit the nation, putting Korean theaters in a slump.  With the end of the busy summer season and the Chuseok holiday season, a slow season hit the nation’s theaters. The slow season is expected to last until the start of this year’s Xmas season. The number of viewers has been on a steady decrease since the start of October. Last week, the figure dropped to 1,391,973 by nearly 200,000 from 1,527,698 in the previous year.

Although Gone Girl, the biggest-ever box-office hit among David FINCHER films topped the box office at number one for two consecutive weeks in Korea last week, admissions to the film edged up by only 6% from the previous week, maintaining the previous level.  Admissions to We Are Brothers ranked second at the box office dropped by nearly 30% from the previous week. In addition, My Dictator failed to lead the box office as a new film, showing unsatisfactory box office performance. Even though it was a new release, the film failed to catch up with Gone Girl and We Are Brothers, both of which were released one week ahead of My Dictator. The comedy drew only 205,522 spectators over the weekend, making its box-office outlook grim. Even though autumn is a low season in the Korean film industry, box office scores in this past October significantly dropped year on year.
The 44nd week of 2013 saw audiences crowd theaters to watch Thor: Dark World, a Hollywood blockbuster and Gravity, a much anticipated film despite a low season. In total admissions, 1,986,141 audiences went to theaters in the 44nd week of last year. So the two figures are 600,000 apart. This means no film is now showing, strongly drawing spectators to theaters. But Interstellar is expected to save the sluggish Korean box next week.  All eyes are on how well Interstellar will perform in the Korean box office as the film recorded overwhelmingly high reservation rates even two weeks before its premiere in Korea.
Any copying, republication or redistribution of KOFIC's content is prohibited without prior consent of KOFIC.
Related Films