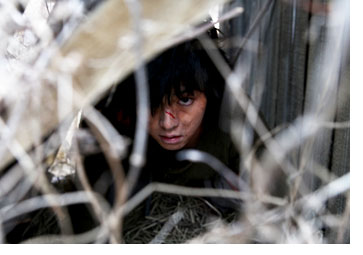 Local box office hit A Werewolf Boy continued to perform well during its third and fourth weeks on release, earning almost exactly as much as Hollywood film The Twilight Saga: Breaking Dawn - Part 2 did in its first and second weeks. With another 2,142,392 tickets added to its tally (compared to 2,126,503 for Breaking Dawn), A Werewolf Boy has now passed the 6.2 million admissions mark. It currently ranks as the third best selling Korean film of the year, after The Thieves and Masquerade, and it should soon pass The Dark Knight Rises's total of 6.4 million admissions to become the fourth best selling film of the year overall.
Directed by JO Sung-hee and featuring popular stars SONG Joong-ki and PARK Bo-young, the film tells the story of a family in the 1960s who come across a strange boy who initially appears to be a war orphan, but who is later revealed to be something else. The film mixes romance, fantasy, humor and social drama to make for an unusual genre mashup. 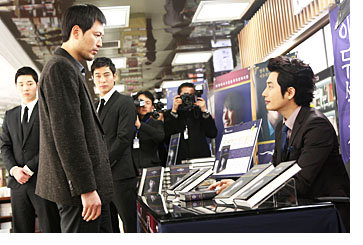 Coming in at #3 in the chart in its second and third weeks on release was Confession of Murder with 1,215,003 admissions. A crime thriller about a man who publishes a book confessing to a string of serial murders, shortly after the statute of limitations on his crimes has expired, the film by director JEONG Byong-gil has earned broadly positive review ratings on local internet portals. It has now sold a total of 1.2 million tickets.
Also opening well was social drama Don't Cry, Mommy, which took 711,870 admissions in its first full week on release. This film by debut director KIM Yong-han is based on a heartbreaking true story about a woman who seeks justice after her high school-aged daughter is gang raped by several of her classmates. For its first few days on release the film ranked at #1 in the chart, although it was subsequently overtaken by A Werewolf Boy and Breaking Dawn. 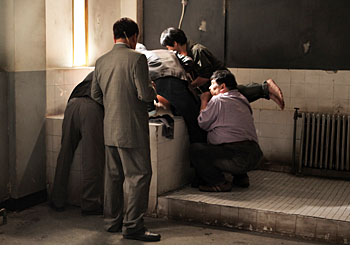 Two other Korean films which opened on the same day as Don't Cry, Mommy managed to break into the top 10. At #6 was veteran director CHUNG Ji-young’s harrowing National Security, one of the most talked about films at the 2012 Busan International Film Festival. The film, which recounts the true story of the torture of a well known pro-democracy activist in 1985, has been very strongly reviewed, but its strong subject matter is believed to have intimidated many viewers. The film took 262,121 admissions in its first week. At #10 was Cheolgabang Usussi, another social drama about a man who grows up desperately poor, but who finds meaning in life through helping disadvantaged children. Director YOON Hak-ryul previously worked as a screenwriter and directed the film Oh! Happy Day in 2003.
Other recent Korean releases that failed to make the top 10 include KANG Yi-kwan’s acclaimed Juvenile Offender, which picked up a Special Jury Award and a Best Actor award for SEO Young-joo at the recent Tokyo International Film Festival. The film opened on November 22 on 56 screens and has sold 10,360 tickets to date. The film tells the story of a boy who grows up without his parents, but who is reunited with his mother while serving time in a juvenile detention center. Meanwhile another acclaimed low-budget film The Winter of the Year Was Warm by distributor-turned-director David CHO has sold 8,865 tickets on 37 screens since being released on November 15.