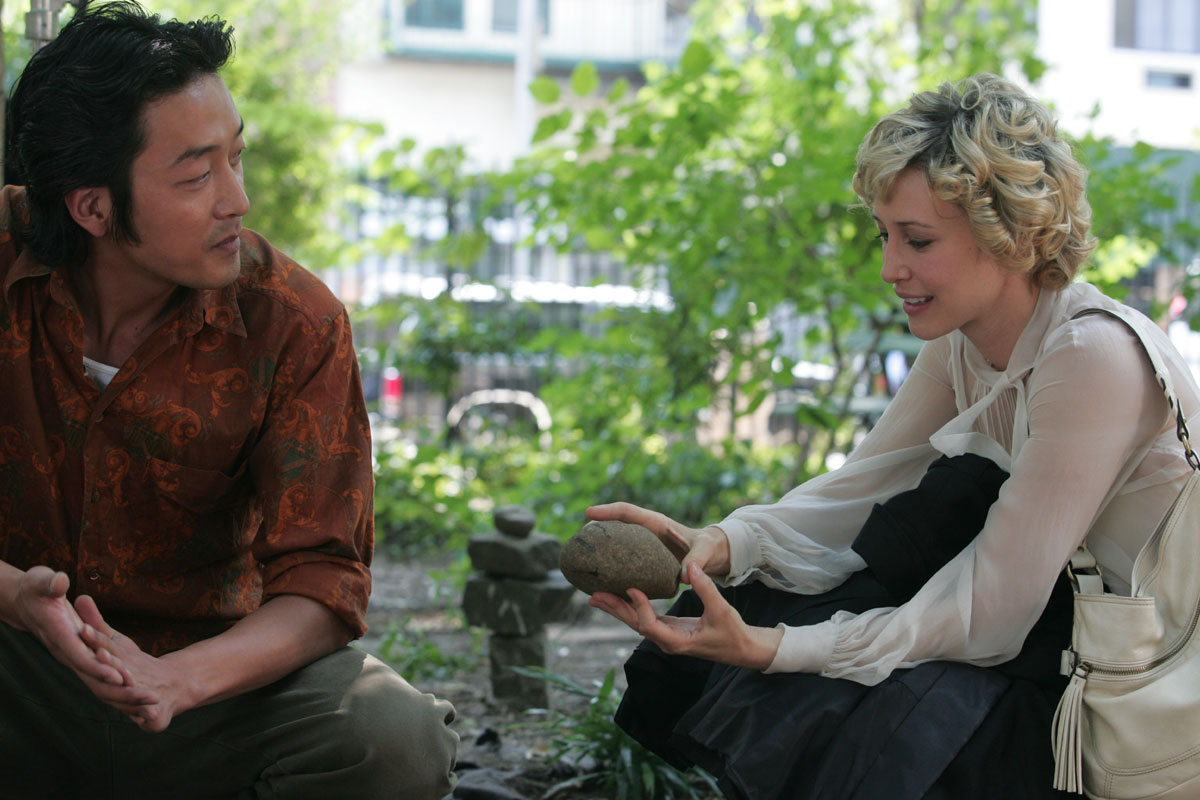 South Korean director KIM Gina's new feature Never Forever (Produced by NOW Films and VOX3 Films) will have its World Premiere at the2007. Sundance Film Festival which runs from Jan 18 to 28, in Park City, Utah. KIM's new film was selected to compete in the Independent Feature Film: Dramatic section along with 15 other features.  With Sundance aiming to broaden its perspective on global cinema, Never Forever is one of five features that festival director Geoffry Gilmore singled out as being films, "financed by American money that are partly or wholly in foreign languages."

Another Korean film, Driving With My Wife's Lover by director KIM Tae-sik will have its North American premiere at Sundance and compete in the World Cinema: Dramatic section. KIM's film had its World Premiere earlier this Fall as the closing film at the Pusan International Film Festival. Another PIFF favourite, Crossing the Line by Daniel Gordon, a specialist in documentaries concerning North Korea, will have its North American premiere in the World Cinema: Documentary competition section.

Never Forever is highly anticipated as KIM Gina has won numerous awards for her previous film Invisible Light (2003).  Her new feature is a joint production between Korean based Now Film and US company VOX 3. The film,which continues KIM's exploration of the issues of woman's relationship to her own body and bodily desires, will star Korean actor HA Jung-woo of The Unforgiven (2005), Time (2006), along with award-winning American actress Vera Farmiga Down to the Bone (2004), and Korean-American rising-star David Lee McInnics who had a part in the big-budget Korean film Typhoon (2005). Never Forever presents a love-triangle between American woman Sophie, married to her Korean-American husband  a successful lawyer, and Jiha, a Korean man, who falls in love with her. Sophie, unable to conceive a child with her husband, secretly contacts Jiha to impregnate her in order to save her marriage. The feature was the recipient of the Korean Film Council 2006 Production Support for Art Films fund, and received US$430,000 to help cover production costs. The film has a budget of US$3 million, with Korea's Prime Entertainment investing in the movie. Since September 2005, KIM Gina has taught film production and film studies classes at the Department of Visual and Environment Studies (VES), at Harvard University. She was given a financial support US$10,000 from the film study center at Harvard in 2005. Her previous films Invisible Light and Gina KIM's Video Diary (2002) have shown at Berlin, Locarno, Rotterdam, Vancouver, IFP Los Angeles, Buenos Aires, and Pusan International Film Festivals. Gina KIM received her MFA from California Institute of the Arts and a BFA from Seoul National University. She has also taught filmmaking and video art classes at the Korean National University of the Arts and at the Korean University of Foreign Studies. The French film journal, Cahiers du Cinema, has called Invisible Light "the only truly radical discovery in a landscape [of recent Korean cinema]" that depicts "feminine hardness and repressed anger."