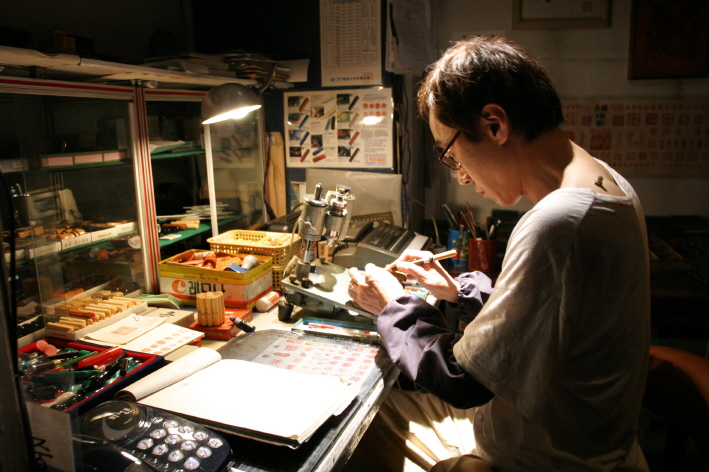 The 2007 Sundance Film Festival's line-up includes the Korean feature Driving with My Wife's Lover. Director KIM Tai-sik's film is selected for the World Cinema Dramatic Competition. Korean-American KIM Gina's Never Forever will feature in the Independent Film Competition and will have its premiere at Sundance.

The world premiere of Driving with My Wife's Lover - produced by Film Line and supported by the Korean Film Council - was at this year's Pusan International Film Festival. The film was praised by the press for its exploration of love, loneliness and maleness, visual style and humor.

PARK Kwang-jung's character finds out that his wife cheats on him with a taxi driver played by JUNG Bo-seog. He intentionally takes his wife's lover's cab to confront him during a long-distance drive. With solid acting the two created an intriguing dynamism between them that interacts well with the well-written scenario's unexpected twists and humor. KIM Jeon-han and KIM Tai-sik are responsible for the scenario.