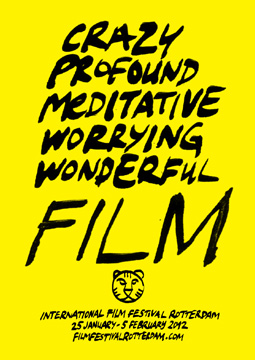 The International Film Festival Rotterdam has announced the final 78 young film producers who will take part in the 12th edition of the Rotterdam Lab at CineMart to include four Korean producers. These are Dahci MA of Real Black Chicken Film, LEE Young-miof Film Front, Dave KIM of Rainbow Factory and HAN Sunhee ofBOL Pictures.
The participants of CineMart’s event for emerging producers have been nominated by the 28 Rotterdam Lab partner organizations, including the Korean Film Council (KOFIC), which sponsors airfare and expenses for their filmmakers in support of their participation.
Other partner organizations include the Independent Filmmaker Project (IFP),the Sundance Institute, Medienboard Berlin-Brandenburg, Germany, the New Zealand Film Commission, the Irish Film Board, European Audiovisual Entrepreneurs (EAVE), and National Film Development Corporation India.
Taking place Jan 28 – Feb. 1, the Rotterdam Lab brings together emerging producersfrom around the world who will participate in a workshop that includes panel discussions on topics such as crowd funding, creative development, post-production management, digital distribution and VOD.
The Rotterdam Lab this year will also have a coaching session on pitching film projects, given by Ido ABRAM of EYE Film Institute Netherlands and representatives from the Binger Filmlab.Participants will also take part in ‘speed-dating’ sessions, during which they have time to meet personally with industry delegates and receive advice on their own projects.
They will also be able to participate in all the CineMart events such as networking breakfasts, lunches, cocktails and other panels. They are encouraged to take advantage of their time in Rotterdam as much as possible by strengthening their network.
Jan. 19, 2012
Any copying, republication or redistribution of KOFIC's content is prohibited without prior consent of KOFIC.
Related People Related Company