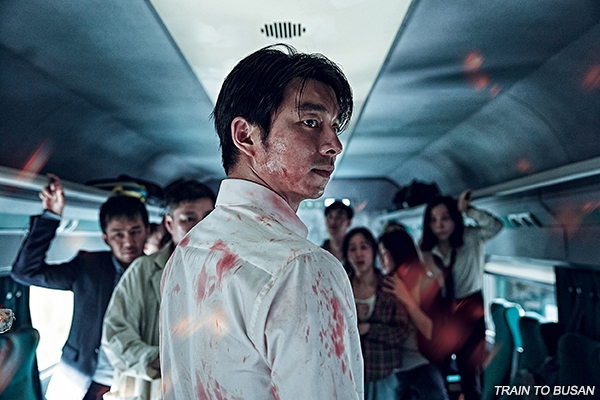 Coupang Play, the new Korean streaming service which debuted just last month, has added a selection of hit titles from local studio Next Entertainment World (NEW). This deal follows quickly on the heels of a similar 51-title acquisition from Showbox earlier this month.
Among the 25 titles from NEW to be made available on Coupang Play will be a trio of films that soared past the ten million admissions mark at home - YEON Sang-ho’s 2016 global hit TRAIN TO BUSAN, YANG Woo-suk’s The Attorney (2013) with SONG Kang-ho and the feel-good family comedy Miracle in Cell No.7 (2013).
Other NEW films to be available on the service include New World (2013), The Great Battle (2018), and Crazy Romance (2019), as well as classic titles such as Christmas in August (1998), City of the Rising Sun (1999), The Big Swindle (2004) and A Bittersweet Life (2005), the digital distribution rights of which are handled by NEW’s sales arm Contents Panda.
Launched last month, Coupang Play is the latest service to enter the hot Korean streaming market. From online retail giant Coupang, the service is availed to subscribers to their WOW package, which currently exceeds five million, for a monthly fee of KRW 2,500 (USD 2.25).
Looking beyond the theatrical shelf life of their films, NEW has been making inroads onto digital platforms with many of their titles. Last year they sold CALL to Netflix, and it is expected that their upcoming gangster drama Night in Paradise (which debuted at the Venice International Film Festival last year) will also debut on the global streaming giant this year.
Any copying, republication or redistribution of KOFIC's content is prohibited without prior consent of KOFIC.
Related People Related Films Related Company