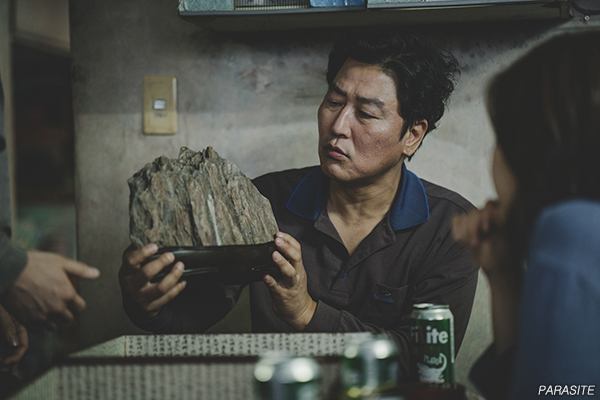 BONG Joon-ho has scored another major victory during the North American awards seasons, after winning the prize for Best Director at the Critics’ Choice Awards for PARASITE (2019), in a tie with Sam MENDES, who was recognized for his World War I-themed film 1917. PARASITE (2019) was also awarded the prize for Best Foreign Language Film.
PARASITE (2019) went into the Critics’ Choice Awards as one of the major nominees, as it was vying for trophies in seven categories. The other awards it was nominated for included Best Picture, Best Acting Ensemble, Best Screenplay, Best Editing and Best Production Design.
The hit film kicked off its sensational run at the Cannes Film Festival last May, where it became the first ever Korean film to pick up the Palme d’Or. The film was released in America by NEON on October 11, and has to date earned over USD 26 million while its screen count continues to grow as its has found itself in the middle of the awards season as one of this year’s frontrunners for several key prizes.
Early in the morning after PARASITE (2019)’s double triumph at the Critics’ Choice Awards, the film scored a historic six nominations for next month’s Academy Awards. It was the first Korean film to ever be nominated in any of its categories, which included Best Picture, Best Director, Best Screenplay, Best Editing, Best Production Design and Best International Film.
Any copying, republication or redistribution of KOFIC's content is prohibited without prior consent of KOFIC.
Related People Related Films Related News