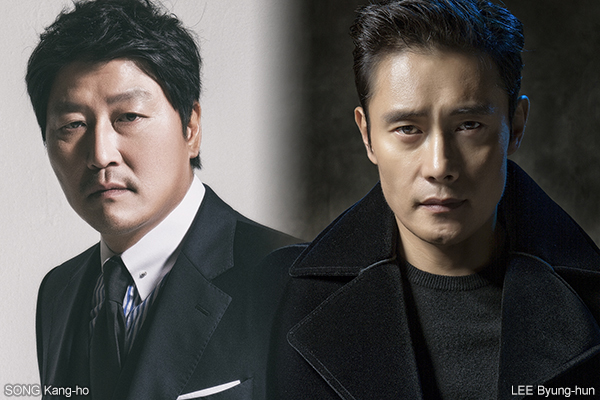 Superstars SONG Kang-ho and LEE Byung-hun are set to team up for the fourth time in the upcoming aviation disaster drama Emergency Declaration (translated title) from The King (2017) director HAN Jae-rim. The project is described as a disaster film set on a plane.
One of Korea’s most beloved actors, SONG Kang-ho recently appeared in BONG Joon-ho’s PARASITE, which became the first Korean film to pick up the Palme d’Or at the Cannes Film Festival this year. He also featured in the period drama The King’s Letters this summer.
LEE Byung-hun is known for both his major roles in Korea, which include KIM Jee-woon’s A Bittersweet Life (2005) and Inside Men (2015), and overseas, in Hollywood blockbusters such as G.I. Joe: The Rise of Cobra and RED 2.
SONG and LEE previously shared the screen in PARK Chan-wook’s Joint Security Area /JSA (2000), and two films by KIM Jee-woon, The Good, The Bad, And The Weird (2008) and The Age of Shadows (2016).
Director HAN Jae-rim debuted in 2005 with Rules of Dating and went on the make The Show Must Go On (2007) and The Face Reader (2013), both with SONG, before making the prosecutor saga The King (2017).
Emergency Declaration is currently in pre-production and aiming to go before cameras early next year.
Any copying, republication or redistribution of KOFIC's content is prohibited without prior consent of KOFIC.
Related People Related Films Related News