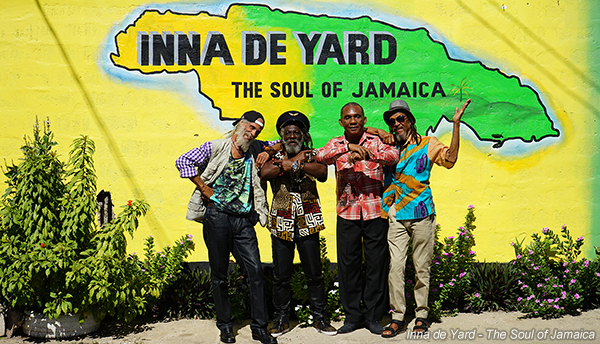 The Jecheon International Music & Film Festival (JIMFF) is returning for its 15th edition next month, which will run from August 8 to 13 in North Chungcheong Province. During a press conference this week in Seoul, JIMFF revealed this year’s program, which will open with Peter WEBBER’s reggae documentary Inna de Yard - The Soul of Jamaica at the open air venue by Cheongpung Lake.
This year’s program will feature 126 films from 36 nations (51 features and 75 shorts). In addition to the usual ‘World Music Film Today’, ‘Cine Symphony’ and ‘Korean Music Film Now’ programs, the festival will also stage a ‘100 Years of Korean Cinema, Songs of the Times’ program, in order to commemorate the centenary of the Korean film industry. This retrospective section will include YU Dong-il’s 1948 production The Blue Hill, said to be the first Korean music film, and various classics such as LEE Jang-ho’s Heavenly Homecoming to Stars (1974), BAE Chang-ho’s Whale Hunting (1984) and IM Kwon-taek’s Seopyeonje (1993).
In addition to music-themed films, JIMFF is famous for staging various concerts, such as its ‘One Summer Night’ series as well as its ‘Cinema Concert’ shows, during which films screen with live music in the open-air lakeside venue. In addition to the 30 bands scheduled to perform, this year’s cinema concerts will include KIM Tae-yong’s Kokdu: A Story of Guardian Angels (2018) and silent films such as Aleksander HERTZ's The Polish Dancer and the Ukrainian film The Self-Seeker by Mykola SHPYKOVSKYI.
The Taiwanese composer LIM Giong, who wrote the music for recent arthouse favorites such as JIA Zhangke’s A Touch of Sin and HOU Hsiao-hsien’s The Assassin, will be the recipient of this year’s Jecheon Asia Film Music Honorary Award.
Sunny (2008) director KANG Hyoung-chul, whose recent Korean War POW tap dance drama Swing Kids (2018) will screen in the Korean Music Film Now section, directed this year’s festival trailer.
Any copying, republication or redistribution of KOFIC's content is prohibited without prior consent of KOFIC.
Related People Related Films Related Company