Neon to Unleash PARASITE in North America on October 11 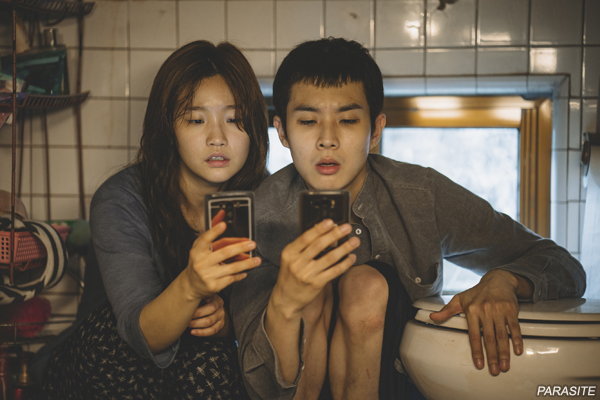 This year’s Palme d’Or winner PARASITE, the first ever Korean film to pick up the world’s top film festival award, has fixed its North American release date. Distributor NEON will launch the film in America on October 11, thereby opening up the possibility of an awards run in the fall.
PARASITE is Director BONG Joon-ho’s second consecutive film to screen in the main competition of the Cannes Film Festival, following 2017’s Okja, and the film marked a triumphant return to Korea filmmaking after a 10 year absence after making Mother (2009). Featuring SONG Kang-ho and LEE Sun-kyun as the patriarchs of two families at different ends of the social spectrum, the film was instantly met with success in Korea, and has welcomed 4.52 million viewers (USD million) during its first week in theaters.
This is the first Korean film to be distributed by NEON, but the founders of the company, Tom QUINN and Tim LEAGUE, both have experience releasing Korean projects on the continent. QUINN was the head of Radius-TWC, which released BONG’s Snowpiercer (2013), while LEAGUE ran Drafthouse Films, which acquired KIM Ki-duk’s Golden Lion-winning Pieta in 2012.
Many hope that BONG’s film will become the first ever Korean film to land on the nominations list of the Best International Film (formerly Best Foreign Language Film) category at the Academy Awards. Though with several months left in the year, it remains to be seen what Korean film will be put forward as the country’s official submission.
Any copying, republication or redistribution of KOFIC's content is prohibited without prior consent of KOFIC.
Related People Related Films Related News